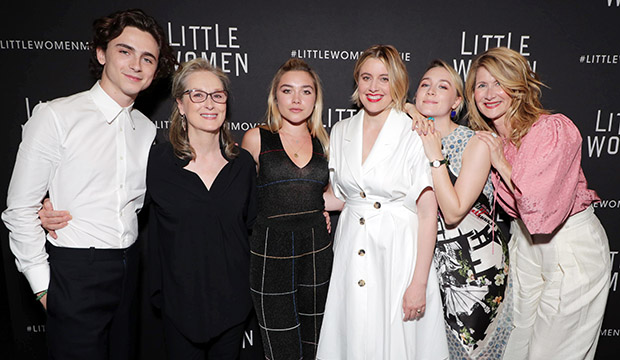 Two years ago, Greta Gerwig became just the fifth woman to be nominated for the Best Director Oscar, for her solo directorial debut “Lady Bird” (2017), following in the footsteps of Lina Wertmuller (1976’s “Seven Beauties”), Jane Campion (1993’s “The Piano”), Sofia Coppola (2003’s “Lost in Translation”) and Kathryn Bigelow (2009’s “The Hurt Locker”). Now, with her sophomore effort “Little Women” on the horizon, she’s attempting to do what none of her predecessors have thus far been able to: snag a second nomination.

That none of them have yet been able to return to the big dance is just as damning and telling as the fact that only five women have been nominated in the Oscars’ 91-year history. Bigelow — who, of course, is the first and only woman to win — came the closest to scoring a second bid with “Zero Dark Thirty” (2012) after hitting the major precursors, the Golden Globe, BAFTA and Directors Guild of America Awards. But that was the wild year the directing branch went rogue and snubbed Bigelow and frontrunner Ben Affleck (“Argo”), who had claimed every big directing prize up until that point. DGA and Oscar only matched two nominees that year — eventual Oscar winner Ang Lee (“Life of Pi”) and Steven Spielberg (“Lincoln”) — as DGA nominee Tom Hooper (“Les Miserables”) was also left out in the cold.

SEE ‘Little Women’ at the Oscars: How did the previous versions do?

Gerwig is currently on the outside looking in, sitting in sixth place in our odds, in a stacked field with lots of bold-faced names, including her longtime partner Noah Baumbach (“Marriage Story”). But the writer-director could build up momentum in the coming weeks as “Little Women” hits theaters on Christmas Day. The film has already received gushing reviews, currently standing at 98 percent on Rotten Tomatoes and a 90 on Metacritic. And as she’s delivering the seventh big-screen adaptation of the Louisa May Alcott classic, Gerwig found a way to make the familiar story feel entirely new again with her effective cross-cutting structure.

At the moment, Martin Scorsese tops our predictions with “The Irishman,” followed by Quentin Tarantino (“Once Upon a Time in Hollywood”), Bong Joon Ho (“Parasite”), Sam Mendes (“1917) and Baumbach.