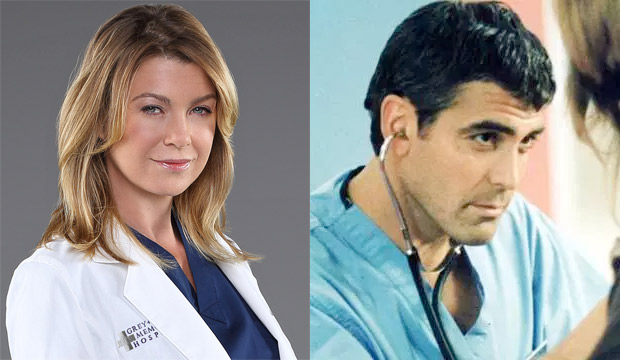 Last month ABC’s “Grey’s Anatomy” entered the history books when it overtook NBC’s “ER” as the longest-running medical drama in TV history. To recap, “ER” aired 331 episodes over 15 seasons (1994-2009). “Greys Anatomy’s” record-setting 332nd episode, directed by series star Chandra Wilson, aired February 28, 2019. The Seattle-set medical drama is poised to hit episode #342 by the end of its current 15th season, further building upon its milestone status. While “Grey’s Anatomy” and “ER” enjoyed wild success both commercially and with fans, how did each series perform at the Emmy Awards?

“Grey’s Anatomy” originally premiered March 27, 2005 as a mid-season replacement, so that first season only produced nine episodes. Over the next 14 years it aired an average of 24 hour-long episodes per season, making it one of TV’s hardest-working shows. The Emmys bestowed the shortened first season with three nominations, but then it truly exploded in Season 2 with 11 bids including Best Drama Series, and one win for Best Drama Casting.

Of the show’s two Best Drama Series bids in 2006 and 2007, it lost out to “24” and “The Sopranos,” respectively. That was around the time broadcast networks were finding it more and more difficult to earn Emmy noms in the top program category thanks to increased competition from cable and streaming services. Despite never taking home that top prize, the Shonda Rhimes series is getting the last laugh as it continues building audiences thanks to its reruns airing on Netflix.

SEE ‘Ozark’ is about to explode at the Emmys, just like ‘Breaking Bad’ did 10 years ago

“Grey’s Anatomy’s” other Emmy wins over the years came for Best Drama Supporting Actress for Katherine Heigl (2007), Best Non-Prosthetic Makeup (2010), Best Prosthetic Makeup (2010) and Best Drama Guest Actress for Loretta Devine (2011). To date the show has racked up 39 Emmy bids, including for regular cast members Wilson, Sandra Oh and T.R. Knight. Titular star Ellen Pompeo has yet to be nominated at the Emmys for playing Meredith Grey.

“ER” burst onto the Emmy scene in 1995, when competition was much less fierce, and stayed there throughout its entire 15-season journey, amassing 124 total nominations and 23 wins. The Chicago-based medical show earned seven bids as Best Drama Series and took home the top prize in 1996 for its second season. Scene-stealer George Clooney received two nominations (1995-96) but never claimed victory for his role as Doug Ross.