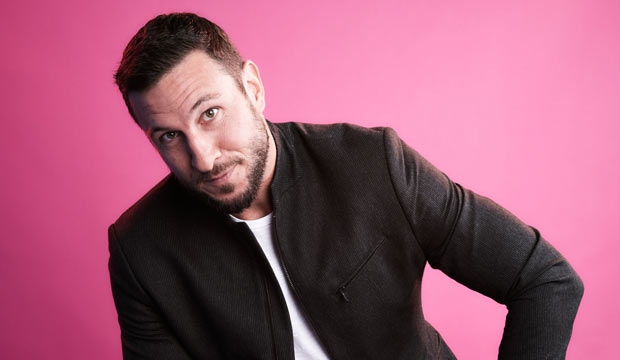 Fans of the Xbox video game series “Halo” have waited a long time for an adaptation. Showtime announced a series version almost a year ago, but the show has finally found its Master Chief. Pablo Schreiber will don the Spartan uniform as the heroic lead in the sci-fi saga. He’s currently known for playing prison guard Pornstache in “Orange is the New Black” and the leprechaun Mad Sweeney in “American Gods,” among other roles in TV and film.

The “Halo” games are first-person shooters set in the 26th century, when the human race battles an alien species known as the Covenant for control of a mysterious super-weapon, the artificial ring-shaped worlds that give the series its title. The TV version will “weave deeply drawn personal stories with action, adventure and a richly imagined vision of the future,” according to Showtime’s press release.

“Halo” has also cast a role that has been created specifically for the series. Australian newcomer Yerin Ha will portray Quan Ah, “a shrewd, audacious 16-year-old from the Outer Colonies who meets Master Chief at a fateful time for them both.” Ha won the role after a worldwide casting search. In her home country she has appeared in stage productions including “Women on the Verge of a Nervous Breakdown,” “The Changeling,” “Colby Sisters” and more.

The showrunners for the 10-episode series are Kyle Killen (“Lone Star,” “Awake”) and Steven Kane (“The Closer,” “The Last Ship”). It will be produced by Showtime, 343 Industries and Steven Spielberg’s Amblin Television. It begins production this fall in Budapest, Hungary.

So how will Schreiber do as one of the most famous characters in video game history? Master Chief in the games is an understated fellow. He serves as an avatar for the player, so there are a lot of blanks for the actor and writers to fill. But Schreiber is an Emmy and Tony nominee known for big, bold characterizations, so it’ll be interesting to see how he and Killen interpret this futuristic world.