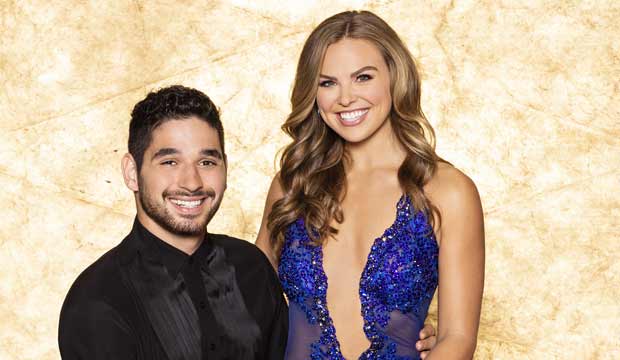 Week four of “Dancing with the Stars” was too close to call for the judges. Four celebs tied for the top spot on the leaderboard: Lauren Alaina, Ally Brooke, Hannah Brown and Kel Mitchell. That’s almost half of the 10 contestants who performed. Our readers were somewhat divided too when we asked them in our poll who had the best night. But they ultimately gave “Bachelorette” star Brown their final rose. Scroll down to see our complete poll results.

Brown was the best of the night according to 30% of “DWTS” fans who voted in our poll. She had been the judges’ favorite before, coming out on top in week two with the season’s first straight 8s. But she wasn’t quite as strong during “Movie Night” in the third week of the competition: judge Carrie Ann Inaba said her rumba was too much like a cheerleader routine.

So Brown and her pro partner Alan Bersten worked hard to wipe that smile off her face when preparing for their paso doble, a bullfighter’s dance that required fierce intensity. The judges thought she pulled it off, giving her straight 8s yet again and putting her back on top of the leaderboard.

Brooke’s jive placed second in our poll with 23% of readers’ votes; this was her second week in a row getting the top score from the judges, so she seems to be on a roll. But the next best dancer according to our respondents wasn’t one of the celebrities in that four-way tie. It was Sailor Brinkley-Cook, who got 12% of the vote for her cha cha, which scored just one point shy of the leaders. Meanwhile, Alaina trailed with 8% of reader votes, while Mitchell only had 6%.

Do you agree with our readers who said Brown was the best of the night? 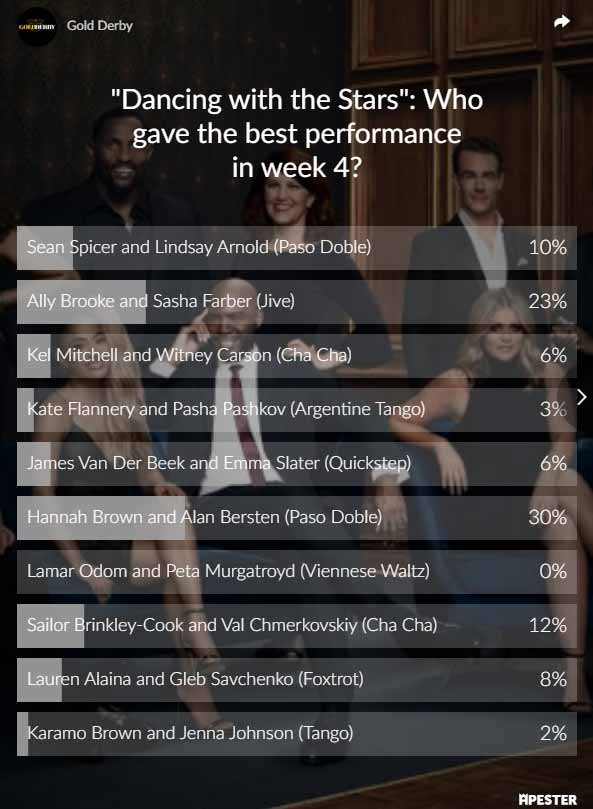