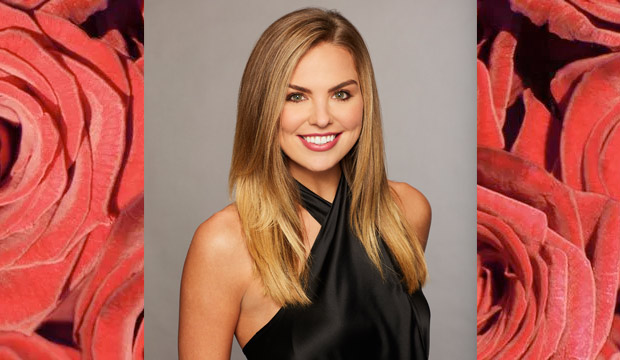 After a whirlwind season of “The Bachelor” in which former pro football player Colton Underwood literally jumped a fence in order to escape the cameras, it’s time to get back to some sense of normalcy. ABC is hoping that Hannah Brown is the woman to do just that, as she was officially announced as the next star of spinoff series “The Bachelorette” during Tuesday’s “Bachelor” season finale. Are you happy that Hannah has been chosen as the Season 15 “Bachelorette,” or were you hoping they’d go with someone else? Vote in our poll below.

As fans of “The Bachelor” already know, 24-year-old Brown is the reigning Miss Alabama USA. She came into Colton’s season rather confident, but soon attracted attention for all the wrong reasons with her extreme awkwardness during dates. Colton ended up eliminating her during the seventh week of his all-too-dramatic season.

Our fingers are crossed that Hannah’s frenemy Caelynn Miller-Keyes makes an appearance at some point during Hannah’s version of “The Bachelorette,” as these ex-Miss USA roommates kept fans on their toes with all their bickering. Hannah currently works as an interior designer, but she’ll have to put her day job on hold as she’s about to enter super-stardom thanks to the reality TV franchise.

After the announcement was made during Tuesday’s “After the Final Rose” special, Hannah told host Chris Harrison that she was extremely emotional but that she’s “really grateful for the opportunity.” Even though her journey on Colton’s season didn’t end how she wanted, Hannah admitted that being the next “Bachelorette” was something she only prayed for in her “wildest dreams.”

Let us know what you think about Hannah by voting in our poll, then be sure to defend your choice down in the comments section. Season 15 of “The Bachelorette” is scheduled to air May 13 on ABC.

Every 'Bachelorette': The Women of ABC's Reality Show (Seasons 1-14)