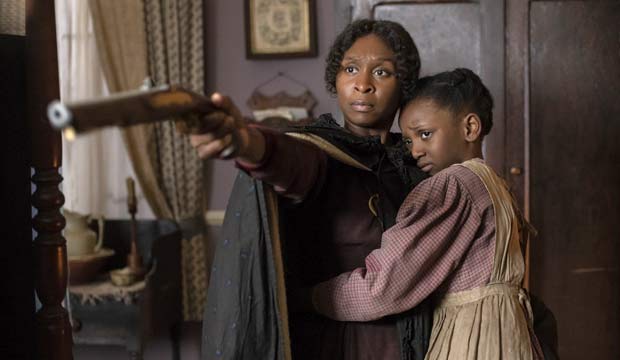 Slave-turned-Underground Railroad conductor Harriet Tubman is on a short list of truly sainted figures in American history, but it’s rare to see her story told on screen, in no small part because it’s rare to see movies made about black women in general — there’s a reason Halle Berry is still the only black woman to win the Best Actress Oscar. Now comes “Harriet,” a possible Oscar contender for its star Cynthia Erivo. Does it do justice to the legendary abolitionist?

As of this writing the film has a MetaCritic score of 67 based on 29 reviews counted thus far: 24 positive, 4 mixed, and 1 negative. Meanwhile on Rotten Tomatoes, which categorizes reviews as simply pass or fail as opposed to MetaCritic’s sliding scale, “Harriet” is rated 73% fresh based on 104 reviews counted thus far: 76 thumbs up, 28 thumbs down. The RT critics’ consensus says the film “serves as a sincere tribute to a pivotal figure in American history — albeit one undermined by its frustratingly formulaic approach.”

Indeed, some of the enthusiasm for the film has been tempered by disappointment with its by-the-book portrayal of the American hero. The film is “build on such good intentions and such a fierce desire to get it right that it seems risk-averse creatively.” It “feels bereft of originality.” However, others argue that it’s “vaster” and “wilder than it will get credit for,” telling Tubman’s story with the excitement of “a heist picture.”

Most critics seem to agree on Erivo in the title role, though. She’s “powerful” and gets “some riotously crowd-pleasing moments.” Even reviewers who are underwhelmed by the film as a whole praise her work, wishing she had even more “opportunities for reflection.” So could Erivo win the Oscar for Best Actress?

An Erivo victory would be historic in two major ways. First, she’d be only the second black actress to win that award following the aforementioned Halle Berry in “Monster’s Ball” (2001). She would also complete her EGOT grand slam in record time. Her breakthrough Broadway performance in “The Color Purple” won her a Tony in 2016, then a Grammy for the cast recording, and finally a Daytime Emmy for performing with the cast of the show on “Today.” She’ll be 33 by the time the Oscars roll around, which would make her the youngest and fastest EGOT recipient in history.

What do you think? Check out some of the reviews below, and join the discussion on this and more with your fellow movie fans in our forums.

Jocelyn Noveck (Associated Press): “One can only imagine the pressure the creative team must have felt to get it just right. And that’s exactly what comes across in the final product. ‘Harriet’ is built on such good intentions and such a fierce desire to get it right that it seems risk-averse creatively … This is not to say ‘Harriet’ is an unworthy enterprise, but it could have pierced more deeply than it does.”

K. Austin Collins (Vanity Fair): “There’s a tension at work in ‘Harriet’ that’s missing from other, ‘better’ movies … It’s also a vaster and in many ways wilder film than it will get credit for, a movie that leans into the excitement of Tubman’s mission so energetically it almost morphs into a heist picture, dredging up odd romantic and religious energies along the way.”

Roxana Hadadi (The A.V. Club): “Cynthia Erivo spins that unwavering audacity into some riotously crowd-pleasing moments. But ‘Harriet’ isn’t the deepest portrait of the real-life abolitionist and the daring rescue operations she launched through the Underground Railroad … Erivo isn’t provided many opportunities for reflection — the film leans heavily on desaturated flashbacks to convey the character’s regret, rather than providing those notes for her to play.”

Joi Childs (IGN): “It’s this overreliance on words and not action, paired with a dragging second half, that leaves the film feeling predictable. ‘Harriet’ has the best intentions, but despite a powerful lead performance by Cynthia Erivo, the film feels bereft of originality. It’s a shame that a film centering a woman whose life was filled with fear, risk, and compassion couldn’t summon those same elements for its story. ”