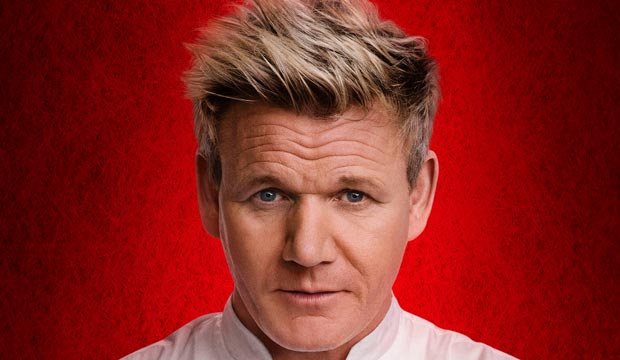 That devilish Gordon Ramsay revealed some news at an event celebrating the one-year anniversary of the opening of his Hell’s Kitchen restaurant at Caesars Palace on the Las Vegas strip.

The big headline? The chef’s just-renewed Fox cooking competition, “Hell’s Kitchen,” will now film the show’s 19th and 20th seasons in Sin City at Ramsay’s popular eaterie instead of in Los Angeles.

After toasting the VIP-filled crowd, Ramsay said, “We’re very much looking forward to having the show here. We are going to be creative with the challenges, the rewards, the punishments and how to present the show in this atmosphere.” He vowed to promote his restaurant, but also the city itself. “We’ll use a cross-section of Vegas in the show.”

SEEFlaming heck! ‘Hell’s Kitchen’ is revewed for a 19th and 20th season

The Las Vegas News Journal also reported that taping is expected to begin this spring.

Season 18, titled “Rookies vs. Veterans” concluded with Ariel Fox, 37, a player who came in third on Season 6, being the winner. She currently resides in the New York City area and is a concept executive chef for Dos Caminos, which has five restaurants in and around Manhattan. She is expected to be an occasional guest chef at the Caesars restaurant.

“We’re going on 15 years, 20 seasons, and there’s no series today that goes even past 10 seasons,” Ramsay boasted. “We are really proud of how we’ve been able to sustain the show’s popularity.” He is also immensely proud of how well his branded restaurant is doing on the Strip.

“I’m still sort of getting used to the fact that at 10:30 in the morning, there is a line outside the door,” he noted, adding that the Hell’s Kitchen has served over 400,000 guests since opening its doors in 2018.