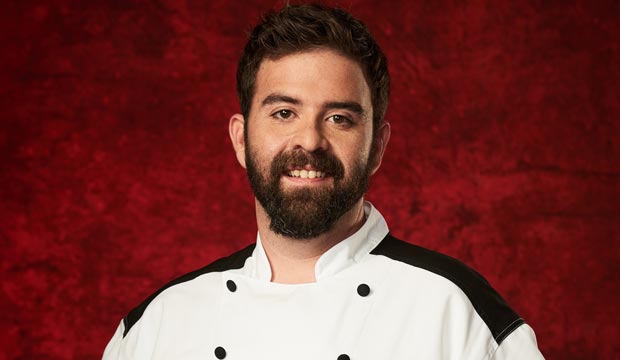 There are only two more weeks of “Hell’s Kitchen” Season 18 to go, with a two-hour finale airing February 8 on Fox. At least Heather Williams, a returning player who was a runner-up on Season 16, finally got the heave-ho from Gordon Ramsay. For a veteran player, she obviously didn’t learn much from her first go-round on the show.

Four chefs are left, two rookies — Mia Castro and Motto (above) — and two vets — Ariel Contreras-Fox and Bret Hauser. With so few chefs in the kitchen, every flaw and error tends to stick out. Motto and Ariel are the calm and cool godsends during dinner service, while Mia and Bret have struggled throughout the season.

To be honest, I have been pro-Mia for a while. But the preview of this week’s episode showed the rookie flirting with a male customer and perhaps tippling on the job. Nothing wrong with that, save for the fact you are trying to become the executive chef at Ramsay’s new restaurant in Las Vegas on a competition reality TV show.

The previews have been a bit misleading before, so let’s hope she is still keeping her eyes on the prize. What was more disturbing was that Mia was up for elimination for a second time.

Suddenly, I am getting the feeling that Motto just might jump ahead of Mia this week and end up going head to head with Ariel (we all do agree there is no way she won’t be in the finale and likely win it all, right?). But I invite you to take this poll below to agree or not agree that Motto is a stronger threat than ever.