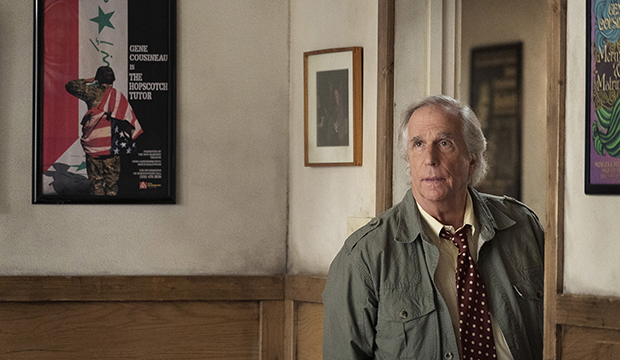 Henry Winkler waited more than 40 years before taking home his first Emmy last year and he could very well claim his second straight statuette in September for “Barry.” If that happens, he’d be the first Best Comedy Supporting Actor champ to defend his crown in 11 years.

Jeremy Piven was the last person to snag consecutive awards in this category, having claimed three in a row for “Entourage” from 2006-08. Since then, three people have won multiple Best Comedy Supporting Actor Emmys, but they were not consecutive: Eric Stonestreet (“Modern Family”) won in 2010 and ’12; his co-star Ty Burrell prevailed in 2011 and ’14; and “Veep” star Tony Hale sandwiched Burrell’s second win with victories in 2013 and ’15.

SEE Which non-‘Game of Thrones’ reigning Emmy champ is most likely to repeat?

Winkler, who was first Emmy-nominated in 1976 for “Happy Days,” got a standing ovation when he won last year and opened his speech with the legendary line, “I wrote this 43 years ago.” There is a lot of affection and admiration for the beloved TV icon, and “Barry” Season 2 is once again airing in the spring before voting, which could add up to back-to-back trophies.

But new and old competition this year. Hale is back with for the final season of “Veep,” along with his co-stars and past nominee Matt Walsh. Alan Arkin is also in contention with “The Kominsky Method” and would complete his EGOT with an Emmy win.

In fact, it’s Arkin who’s in first place in our odds, followed by Hale and Winkler in third place. Tony Shalhoub (“The Marvelous Mrs. Maisel”), who won the Screen Actors Guild Award over Winkler, Arkin and their respective leads Bill Hader and Michael Douglas, is in fourth, with four-time nominee Tituss Burgess (“Unbreakable Kimmy Schmidt”) in fifth and Walsh in sixth.