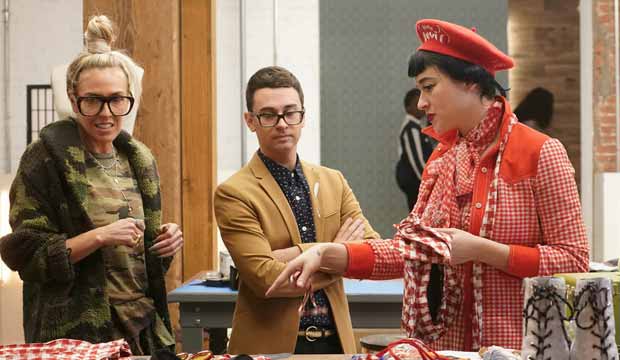 Hester Sunshine certainly stands out from the crowd after the first two episodes of “Project Runway,” but not always in a good way. Her exuberant attitude clashed with her teammates Garo Sparo and Nadine Ralliford last week in “The Future is Here,” and she has a tendency to pick fabrics she regrets. Despite the drama, she was safe in both previous challenges, but our readers suspect her time is up. Is the sun about to set on Sunshine?

According to the combined predictions of Gold Derby users, Sunshine is the likeliest to be eliminated tonight in episode three. She gets leading odds of 39/20 as of this writing. But since the team challenge is behind her, if anything does her in it might be another fabric mishap. When shopping for fabrics at Mood in the season premiere she foolishly chose plastic organza that she had never even worked with before. And much of the conflict in “The Future” was over strong-arming her team into buying too much tulle.

However, Sunshine has managed to pull it together well enough to stay out of the judges’ bottom three, so some of our users think the designer going home will actually be Kovid Kapoor. He also had a rough team challenge, barely finishing his garment, which the judges thought was unfashionable and probably would have been the losing look if his teammate Frankie Lewis hadn’t disappointed the panel twice in a row. Lewis went home, and Kapoor escaped by the skin of his teeth. Now he ranks second in our elimination predictions with 31/10 odds. Can he rebound from last week’s disappointment, or will he be like Lewis and go from the bottom two to eliminated. 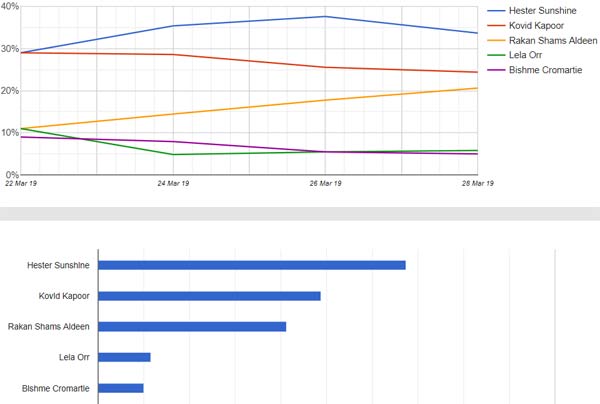