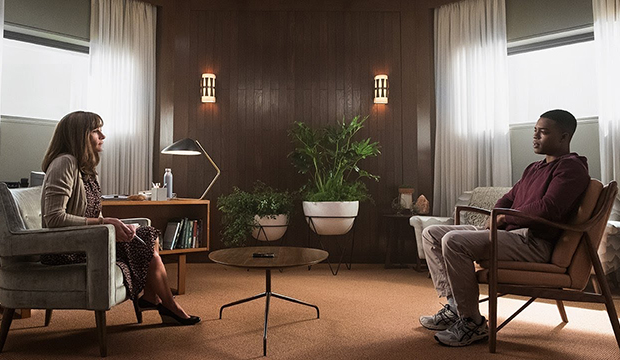 After knocking on the door for a few years, Amazon broke through last year with a Best Comedy Series Emmy win for “The Marvelous Mrs. Maisel,” becoming the first streaming service to take home that prize. It has yet, however, to make any impression in the drama equivalent, but that duck might be broken this year with “Homecoming.”

Thus far, Amazon has been held to below-the-line Emmy categories for its drama efforts (“The Man in the High Castle,” for example, won main title design and cinematography in 2016), while some shows (“Goliath,” “Sneaky Pete”) haven’t been able to break in at all. The streaming service has had much more success in comedy between two-time Best Comedy Series nominee “Transparent,” which also won Jeffrey Tambor two statuettes, and “Maisel,” which scored eight wins last year.

“Homecoming” is Amazon’s highest profile and best received drama to date, with big names behind the camera (Sam Esmail) and in front of it (Julia Roberts), though both will only be involved as executive producers for Season 2, but that’s another story. The psychological thriller earned three Golden Globe nominations (which is not that big of a deal since the Hollywood Foreign Press Association loves Amazon), three Critics’ Choice nominations and several guild bids (writers, editors, art directors), so it’s in good standing, though not super strong, to make the Best Drama Series cut.

Helping Amazon’s cause is the open Best Drama Series race, with five of last year’s nominees gone. Plus, there’s the added cachet of “Homecoming” being a half-hour drama, which is not only a rare breed but requires far less time commitment from voters.

“Homecoming” is predicted to make the lineup in several top categories. It’s in fifth place in Best Drama Series, behind “Game of Thrones,” “Killing Eve,” “Better Call Saul” and “This Is Us,” and ahead of “Ozark” and “Succession.” Roberts is in third place in our Best Drama Actress predictions and Bobby Cannavale is in fourth place in the supporting actor race.