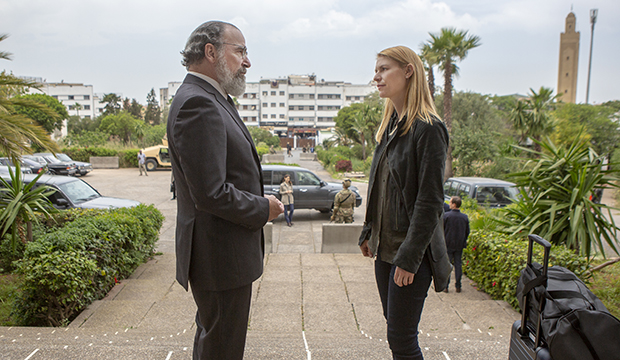 You’ll have to wait even longer for the final season of “Homeland.” The 12-episode eighth season will premiere on Sunday, Feb. 9 at 9/8c — aka the day of the Oscars — Showtime announced Friday at the Television Critics Association summer press tour.

This is the second time the final season has been delayed. Originally set to bow in June 2019, the premiere shifted to fall 2019 in January to accommodate production demands (the season filmed in Morocco, which doubled for Afghanistan). Gary Levine, Showtime’s president of entertainment, cited the same reasons for the postponement again on Friday.

“‘Homeland’ is an ambitious series, especially in its final season,” Levine told reporters. “[Showrunner] Alex [Gansa] wants to go out proudly, and that has involved production in multiple countries at times and in places that have some issues. It just takes time.”

Levine stressed that there had been no “missteps.” “It’s been a relatively smooth process,” he said. “But it’s a very ambitious production schedule and it has taken more time than we [anticipated].”

Season 8 will premiere two years after Season 7 bowed in February 2018, but the new date better positions the 2012 Best Drama Series Emmy winner for the 2020 Emmy cycle as it would be fresher in voters’ minds as the May 31 eligibility deadline looms. While the show hasn’t made the Best Drama Series lineup since 2016, which was also the last time two-time Best Drama Actress champ Claire Danes was nominated, Mandy Patinkin and guest star F. Murray Abraham received bids last year for the seventh season.

The final season of HOMELAND finds Carrie Mathison (Danes) recovering from months of brutal confinement in a Russian gulag. Her body is healing, but her memory remains fractured – which is a problem for Saul (Patinkin), now National Security Advisor to the newly ascendant President Warner (Emmy and Golden Globe winner Beau Bridges). The top priority of Warner’s young administration is an end to the “forever war” in Afghanistan, and Saul has been dispatched to engage the Taliban in peace negotiations. But Kabul teems with warlords and mercenaries, zealots and spies – and Saul needs the relationships and expertise that only his protégé can provide. Against medical advice, Saul asks Carrie to walk with him into the lion’s den – one last time.  Along with Danes and Patinkin, the final season stars Maury Sterling, Linus Roache and Costa Ronin, with Nimrat Kaur and Numan Acar also returning from season four in series regular roles.