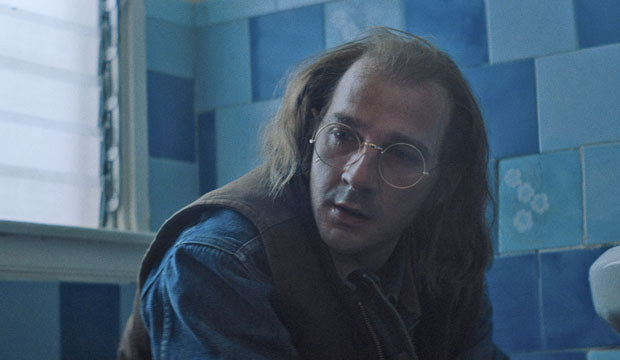 “Honey Boy” opened on November 8, and it’s a big swing from writer and star Shia LaBeouf, telling a semi-autobiographical story about his relationship with his father and even playing his father. But after years of scandal and legal troubles, is there enough goodwill from critics for this dramatization of his recovery?

The answer to that question is mostly yes. As of this writing the Amazon film, the first narrative feature for director Alma Har’el, has a MetaCritic score of 69 based on 24 reviews counted thus far: 18 positive, 5 mixed and only 1 outright negative. Over on Rotten Tomatoes, which sorts reviews on a strictly pass/fail basis, the film has an impressive freshness rating of 93% based on 87 reviews counted, only 6 of which are classified as rotten.

That disparity indicates that an overwhelming majority of critics like the film, even if most of them don’t passionately love it. The RT critics’ consensus summarizes the reviews by saying, “‘Honey Boy’ serves as an act of cinematic therapy for its screenwriter and subject — one whose unique perspective should strike a chord in audiences from all backgrounds.”

According to the reviews, LaBeouf “demonstrates … prudence and subtlety” in his work as both a writer and actor, resulting in a “touching requiem and a work of forgiveness” that “will break your heart.” It’s “funny and harrowing, lyrical and stark.” But others argue that the film “feels like a therapy session” that’s less successful in its scenes where the adult version of LaBeouf surrogate Otis Lort (Lucas Hedges) processes his troubled upbringing in rehab.

Lindsey Bahr (Associated Press): “‘Honey Boy’ will break your heart. It hardly matters if you’ve never given a second thought to the circumstances of Shia LaBeouf’s life, his childhood or his rocky early adult years. But this is the kind of universally moving work that can only emerge from something immensely specific and personal.”

Jen Yamato (Los Angeles Times): “The result is at once a touching requiem and a work of forgiveness … Buoyed by sensitive and ferocious ensemble turns, ‘Honey Boy’ is a cinematic salve for a tortured soul, in many regards a powerful vehicle for its star-screenwriter-subject and a vibrant narrative debut for documentary and video artist Har’el.”

Sarah Kurchak (Consequence of Sound): “LaBeouf demonstrates a similar level of prudence and subtlety in his work as a writer and performer … At turns funny and harrowing, lyrical and stark, ‘Honey Boy’ is a clear-eyed take on toxic family dynamics, fame, emotional and physical abuse, and accountability. It’s a rare treat to see characters and their pain taken so seriously and treated so delicately.”

Emily Yoshida (Vulture): “How much that pain is truly worth is something the film has far from an easy conclusion about. Unfortunately, much of the rest of ‘Honey’ Boy feels like a therapy session with an intended audience of perhaps two. LaBeouf’s performance channeling his own father feels like an integral part of that therapy … As an origin story for a young actor’s warped worldview, ‘Honey Boy’ is compelling. But the stuff with Otis sorting through this origin story feels unnecessary.”