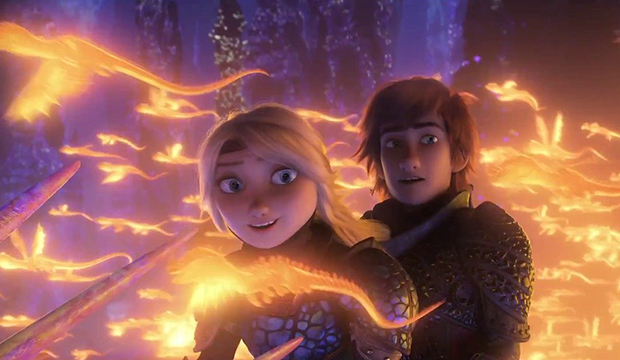 DreamWorks Animation has the distinction of being the very first studio to win the Best Animated Feature Oscar, thanks to that ogre “Shrek” (2001) a full adult person ago. Unfortunately, DreamWorks hasn’t made it back to the winner’s circle since, but could that drought end this year?

Its 2019 entry, “How to Train Your Dragon: The Hidden World,” is currently in third place in our odds, trailing “Toy Story 4” and “Frozen II.” Three Experts are predicting it go all the way.

“The Hidden World” would give DreamWorks its 12th nomination in the category. Its currently tied at 11 with Disney, which would jump to 12 as well with a bid for “Frozen II.” Pixar leads with 12 nominations and would add a 13th with “Toy Story 4.” With nine and three victories, respectively, Pixar and Disney are the only studios with multiple wins in the category.

The first “Dragon” flick lost to “Toy Story 3,” which wasn’t a shock at all, especially since the latter made the Best Picture lineup. The “Dragon” sequel had a better shot at a win in a far more open field. It took home the Golden Globe and the Annie Award, and presumed favorite “The LEGO Movie” was snubbed by the Oscars. Alas, the Oscars went with “Big Hero 6” instead.

The final installment in the “Dragon” trilogy, “The Hidden World” was a critical and commercial hit when it was released in February, as it followed Hiccup (Jay Baruchel) as he seeks to find a dragon utopia called the Hidden World, while Toothless discovers a female Light Fury. The movie’s $519 million global haul makes it the fourth highest-grossing animated film of the year. The “Dragon” trilogy is no “Toy Story” or “Frozen,” but it’s a low-key successful and well-liked franchise, and this would be the final chance the academy has to award it, a narrative DreamWorks could definitely play up.

Plus, there’s the fact that a franchise has never won more than one animated feature Oscar, a trend “Toy Story 4” and “Frozen II” are trying to break. The first two “Toy Story” films pre-dated the category, so “Toy Story 3” is also the only sequel to have ever won the award. Last year, it appeared at first that “Incredibles 2” would be the first franchise to score multiple wins, but “Spider-Man: Into the Spider-Verse” snatched up all of the animated awards into its web.

Rounding out our top five are “Abominable” and “Missing Link.”