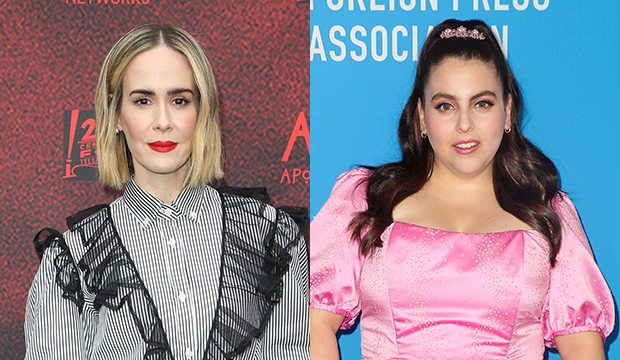 A third installment of “American Crime Story” is officially on the way. “Impeachment: American Crime Story,” which will follow the Clinton-Lewinsky scandal, will premiere on Sunday, Sept. 27, 2020 (yes, 2020) at 10/9c, FX announced Tuesday at the Television Critics Association summer press tour.

Set to begin production in February and written by Sarah Burgess, the season will follow the presidential impeachment hearings in the wake of the 1998 scandal with a focus on Linda Tripp, Monica Lewinsky and Paula Jones. Sarah Paulson will star as Tripp, Beanie Feldstein will play Lewinsky and Annaleigh Ashford will portray Jones. This marks a return the “American Crime Story” franchise for Paulson, who won an Emmy for her portrayal of Marcia Clark in the first season, “The People v. O.J. Simpson,” in 2016.

SEE FX has 4 seasons of ‘American Crime Story’ in the works, but don’t hold your breath for more ‘Feud’

“FX’s ‘American Crime Story’ franchise has become a cultural touchstone, providing greater context for stories that deserve greater understanding like the O.J. Simpson trial and saga, and Andrew Cunanan’s tragic crime spree which concluded with the assassination of Gianni Versace,” FX Networks Chairman John Landgraf said in a statement. “This franchise re-examines some of the most complicated, polarizing stories in recent history in a way that is relevant, nuanced and entertaining.

“‘Impeachment: American Crime Story’ will likewise explore the overlooked dimensions of the women who found themselves caught up in the scandal and political war that cast a long shadow over the Clinton presidency. We are grateful to Sarah Burgess for her brilliant adaptation, as well as Ryan Murphy, Nina Jacobson, Brad Simpson, Brad Falchuk, Larry Karaszewski, Scott Alexander, Alexis Martin Woodall, Sarah Paulson and the rest of the creative team and cast.”

A season focused on the Clinton-Lewinsky scandal was previously announced in February 2017 but was scrapped by Murphy in April 2018 because he believed Lewinsky herself needed to be involved in the project and told her as such. At the time, the first iteration of the Lewinsky saga was meant to be the fourth season of “American Crime Story” following a third season about Hurricane Katrina, which was originally supposed to be the second season (a Katrina season has since been completely nixed).

By the time “Impeachment” premieres next September, two and a half years will have passed since the second season, “The Assassination of Gianni Versace,” aired from January through March 2018. Landgraf said earlier this year that FX had four “American Crime Story” seasons in the works and hopes the network can roll them all out without long breaks in between once everything is in place.

During Landgraf’s executive session Tuesday afternoon, he defended the decision to premiere “Impeachment” weeks before the 2020 presidential election. The date has already prompted backlash on social media, including from writer Mark Harris. Landgraf denounced the tendency to reflexively judge things, art in particular, without having seen it or having any immediate knowledge of it, and said he does not believe the show or date will have any effect on the outcome of the presidential race.

“When someone writes without even knowing what the script is … this certainty that says, ‘We can’t have conversation, we can’t have art, we can’t have nuance, I won’t even wait to pronounce judgment on’ is toxic in the media environment,” Landgraf said. “I believe very strongly in [the show]. I’ve read it. I think it’s great. I don’t believe it’s going to determine who’s going to be the next president of the United States. I think that’s a little hysterical, from my standpoint, that that’s going to influence the presidential election. From my standpoint, I’m going to support artists who want to make great art. … I will stand up here as long as I’m here and I will stand up for artists and stand up for art.”

The first two seasons of “American Crime Story” won the Best Limited Series Emmy in 2016 and 2018, making it the only franchise with multiple wins in the category. “Impeachment” will, of course, have to wait until 2021 for a trip to the Emmys.