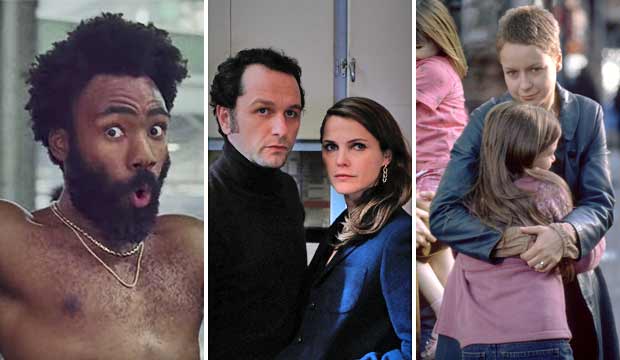 Fourth of July week is upon us, and American patriotism in 2019 has gotten, shall we say, complicated by such realities as migrant children in detention camps, the rise of white nationalism and a president for whom despots are his squad goals. So if you’re like me and you aren’t looking forward to a military parade on Independence Day, here is a selection of media to enjoy for this … unique moment in the American experiment. These nine movies, TV shows, songs and albums are literally all-American — they all have “America” in the title — but they wrestle with the complexities of American life in ways that are especially relevant right now.

“Angels in America” (HBO) — The 2003 miniseries based on Tony Kushner‘s Pulitzer Prize-winning play is about the AIDS crisis in New York City, but in a larger sense it’s about a crisis of faith during the 1980s as religion, politics and identity collide. At one point Belize (Jeffrey Wright), a black gay man who has seen our country fall short of its ideals many times, says to Louis (Ben Shenkman), “The white cracker who wrote the National Anthem knew what he was doing. He set the word free to a note so high nobody could reach it.” But the miniseries also contains hope about human perseverance as we all bang our heads against those lofty national goals. It won 11 Emmys including Best Miniseries.

“The Americans” (FX) — This spy drama was all about patriotism … for the Soviet Union. Set in the 1980s with a deep-cover KGB couple (Keri Russell and Matthew Rhys) working against the US, the series explores how living among your “enemy” can make it harder to demonize them, especially as you begin to question the morality of your own homeland. It’s a dark show, but (spoiler alert) the series ends with American Stan Beeman (Noah Emmerich) allowing the Soviet spies to escape back to Russia. It’s a moment where both sides see beyond their own political rhetoric about their adversaries and betray their countries for the good of their countries. The series won four Emmys and was nominated twice for Best Drama Series.

“In America,” directed by Jim Sheridan — At a time when immigration is hotly debated and Mexican and Central American migrants especially are widely stigmatized, this uplifting 2003 drama about an Irish family struggling to get by in New York City is a welcome booster shot of empathy for those seeking safety and security for themselves and their families. It earned three Oscar nominations: Best Actress (Samantha Morton), Best Supporting Actor (Djimon Hounsou) and Best Original Screenplay.

“This is America” by Childish Gambino — For something a little less uplifting (okay, a lot less uplifting), listen to this song — or better yet, watch the music video — which serves as a warning about American racism and gun violence: “This is America,” he sings. “Don’t catch you slippin’ up.” Because for some Americans, one slip could get you killed. The song won four Grammys including Record of the Year and Song of the Year.

“American Crime” (ABC) — The three seasons of this unflinching, Emmy-winning anthology series from creator John Ridley (Oscar winner for “12 Years a Slave”) explored the US criminal justice system and the ways it can be turned against you depending on your race, class or country of origin. It was nominated twice for Best Limited Series.

“American Crime Story” (FX) — This similarly titled anthology from Ryan Murphy also explores the criminal justice system, though in this case it tells true crime stories instead of fictional ones. Season one, “The People v. O.J. Simpson” was about the trial of the century and how it reflected pre-existing racial tensions in Los Angeles and in the United States as a whole. Season two, “The Assassination of Gianni Versace,” was the story of serial killer Andrew Cunanan (Darren Criss), who was able to kill five people in part because of police indifference to gay victims. Both seasons won Emmys for Best Limited Series.

SEEWill Beyonce’s ‘Homecoming’ be the first live album to win Grammy for Album of the Year in a quarter century?

“Americans” by Janelle Monae — The closing track from Monae’s Grammy-nominated album “Dirty Computer” has the upbeat tempo of a straightforward patriotic anthem, but the verses reveal far more ambivalence regarding our history of sexism and racism: “Seventy-nine cent to your dollar / All that bullshit from white-collars / You see my color before my vision / Sometimes I wonder if you were blind would it help you make a better decision?” Mic dropped.

“American Gods” (Starz) — This fantasy series based on Neil Gaiman‘s novel tells the story of a battle between old gods and new. In doing so, it’s an allegory for how modern society has switched from the worship of deities like Odin, Thoth and Anubis to the worship of media, technology and globalization.

“American Idiot” by Green Day — The punk band released this concept album-turned-Broadway musical in 2004 as a response to President George W. Bush and his administration’s deadly, destructive invasion of Iraq. It won the Grammy for Best Rock Album, and the single “Boulevard of Broken Dreams” won Record of the Year. 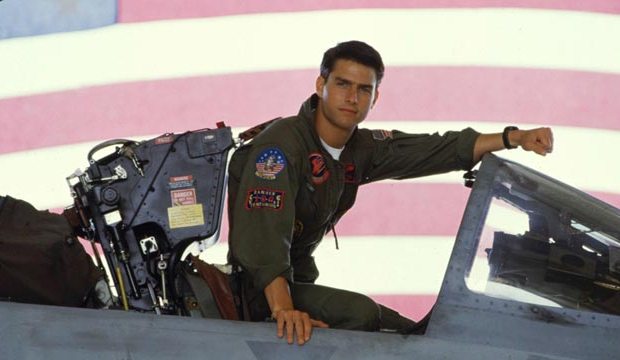