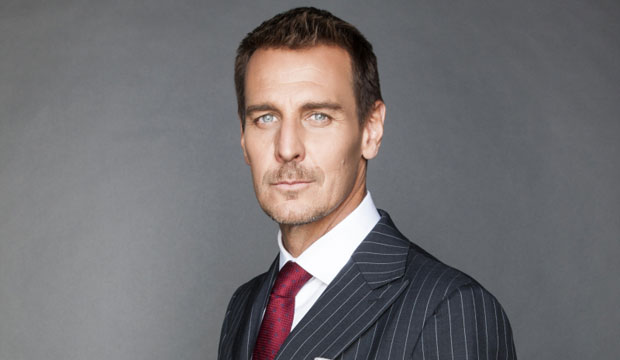 Ingo Rademacher was last seen in his long-running role as Jasper “Jax” Jacks on “General Hospital” in 2017, after which he took up residence at “The Bold and the Beautiful.” But he left that gig at the end of 2018 and subsequently announced a return engagement to the show that made him famous. So when will Rademacher make his first on-screen appearance in Port Charles? He starts back up on May 7.

Entertainment Weekly teased Rademacher’s return with an exclusive first photo of him with his co-stars Laura Wright and Steve Burton, both of whom he has a long history with. Wright plays his ex-wife Carly, with whom he has a teenage daughter, Josslyn (Eden McCoy). And Burton plays Jason, a close associate of Jax’s nemesis Sonny Corinthos (Maurice Benard). In addition to that, Jason’s nephew Oscar Nero (Garren Stitt) has been dating Jax’s daughter.

Rademacher first joined the “GH” cast as Jax in 1996 and stayed until 2011, during which time he and Sonny often fought over their mutual love of Brenda Barrett (Vanessa Marcil), and then he fell in love with and married Sonny’s ex-wife Carly — awkward. The Australian actor made return guest appearances on the soap until 2017, when he moved to “B&B” to assume the role of Thorne Forrester, who was previously played by Winsor Harmon for 20 years (1996-2016). But Rademacher decided to leave that show in December.

What do you think will happen when Jax appears again on the “GH” canvas? Are you hoping to have him back in Port Charles for the long haul?