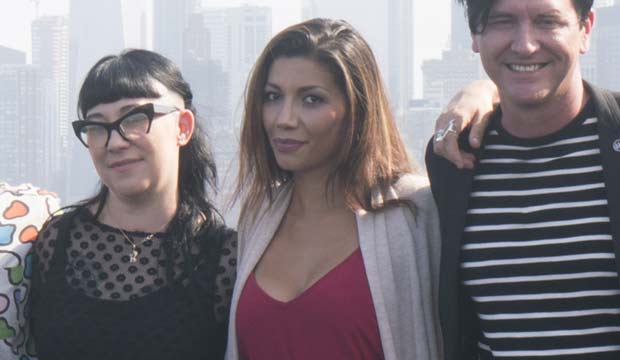 Is anyone else getting whiplash from the seventh and final season of “Project Runway All Stars” on Lifetime? For the second time in a row a contestant won a design challenge a week after they were nearly eliminated. In “Top of the Class” Anthony Ryan Auld made a comeback. Now in “Buckle Up!” it was Irina Shabayeva‘s turn to be redeemed. Did you agree with the judges that she deserved to win the latest challenge?

It would be putting it mildly to say that this has been an up-and-down season for Shabayeva so far. She’s been singled out by the judges in every challenge: a high score in the season premiere, then a low score, and now a winning score. She previously competed in and won season six of the original “Runway” series, and her run wasn’t nearly as precarious: she never got a single negative critique from the judges that year. Even when she returned to the show for “All Stars” season three she continued that perfect record until she got her first ever low score in episode seven, which was a doozy — it resulted in her elimination in sixth place.

Did Shabayeva have your favorite look in “Buckle Up”? And will her roller coaster ride continue as the competition progresses? Vote below to let us know what you thought of her win.