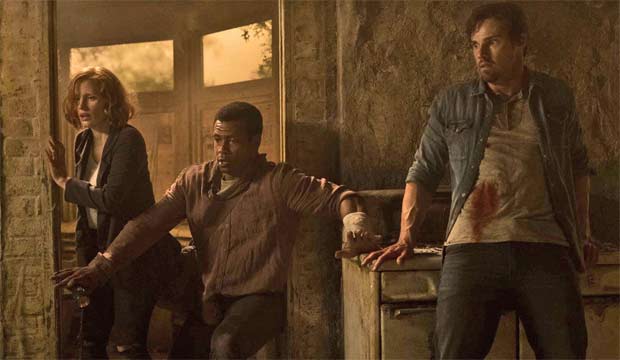 The Stephen King evil-clown adaptation “It” was an unlikely blockbuster when it was released in September 2017, raking in $123 million in its opening weekend alone. That was an astounding number for a horror film with a $35 million budget, and it went on to gross $700 million worldwide. So of course there’s a sequel, which reunites the terrorized children decades later when they’re terrorized adults. But how does “It: Chapter Two” compare to chapter one?

I, for one, think it was a missed opportunity to not call the sequel “Its,” but that’s just me. As for critics, the film has earned a Metacritic score of 59 based on 43 reviews counted as of this writing: 21 positive, 19 mixed, and 3 negative. That’s a few points shy of the 69 received by the original film. Over on Rotten Tomatoes, which grades on a pass/fail scale, the sequel rates 67% fresh based on 173 reviews counted thus far, 116 of which are positive. Approval from two-thirds of critics is pretty good, but that number is well under the 86% freshness rating for the first installment.

The RT critics’ consensus says “Chapter Two” “proves bigger doesn’t always mean scarier for horror sequels, but a fine cast and faithful approach to the source material keep this follow-up afloat.” Indeed, individual reviews are raving about the “shockingly excellent cast” even when they don’t love the film as a whole. The now-grown-up versions of the kids who faced the titlular monster in the previous films are played by Jessica Chastain, James McAvoy, Bill Hader, Isaiah Mustafa, James Ransone and Jay Ryan. The ensemble is so “wonderful” that the film splitting them up is an “instant misfire.” But some think it’s “glorious to see” all this “Grand Guinol insanity” executed with “such uncompromising and unapologetic style.”

Are you excited for this horror blockbuster, all two hours and 49 minutes of “It”? Check out some of the reviews below, and join the discussion on this and more with your fellow movie fans in our forums.

Alex Godfrey (Empire): “As the film builds towards a nutty climax, there is a whole heap of Grand Guignol insanity, with unashamedly grand, godlike images. It is glorious to see this stuff envisioned on such a huge and self-assured scale, a joy to have a film of this size trading in this sort of genre carnage with such uncompromising and unapologetic style.”

Katie Walsh (Chicago Tribune): “There’s more spooks, spider-clowns and splattering fluids, and even 34 more minutes of terrifying adventures with Pennywise the Dancing Clown. It’s a lot, but in the end, does all this hullabaloo even add up to anything? What ‘It Chapter Two’ has going for it is a shockingly excellent cast of adult Losers (casting by Rich Delia) that picks up the mantle where their younger selves left off 27 years ago.”

Jen Yamato (Los Angeles Times): “[Director Andy] Muschietti nevertheless strains to weave the journeys of his seven characters across two time lines while cramming a convoluted surplus of plot into one saga-ending sequel … As a result, several of the characters’ psychological journeys feel abbreviated into repetitive, bite-sized vignettes in the rush to get to the end.”

Kate Erbland (IndieWire): “It’s not quite the end of it, it’s more a continuation of it, and one plagued by old problems that should have been solved long before it even attempted to conclude itself. Still, much of the promise is held: It is the end of something, and a haltingly satisfying one at that … Choosing to pull the characters apart is an instant misfire, both weighing down the snappy flow and keeping this wonderful ensemble from playing off each other.”