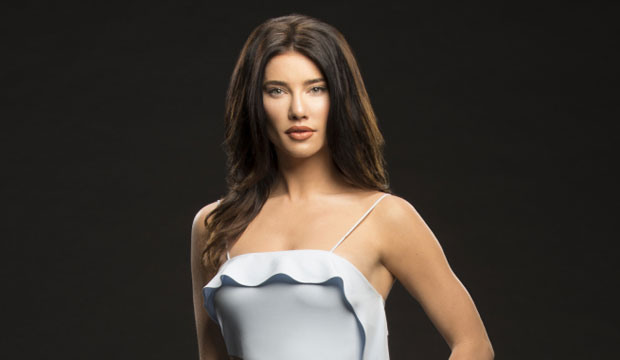 This year Jacqueline MacInnes Wood earned a Daytime Emmy nomination for Best Actress for her role as Steffy Forrester on “The Bold and the Beautiful.” It’s her fourth nomination overall but her first as a leading lady, which puts her in elite company. It makes her only the fifth woman to achieve the triple crown of nominations as a younger, supporting and lead actress. But she still hasn’t won. Is this her year?

MacInnes Wood achieved all of her nominations in the span of just seven years. She picked up a pair of Best Younger Actress bids (2012-2013), which she lost to Christel Khalil (“The Young and the Restless”) and Kristen Alderson (“General Hospital”), respectively. When she returned to the Emmy lineup in 2018 she had aged out of the younger category (the cutoff is 26), so she was nominated for Best Supporting Actress, but lost to Camryn Grimes (“Y&R”). Now she has been promoted to the lead category.

Only four other woman have been nominated in all three fields, and one of them is her rival this year, as well as her co-star. Fellow “B&B” actress Heather Tom has been nominated a remarkable 18 times over the course of her career, starting with eight Best Younger Actress nominations for “Y&R” in the 1990s (she won in 1993 and 1999). Then she aged out of the younger category and earned five more nominations for Best Supporting Actress for three different shows in the 2000s: one for “Y&R,” two for “One Life to Live” and two for “B&B.” She won that prize for “B&B” in 2011. And Tom finally earned five noms as a lead actress, winning in 2012 and 2013. That makes her the only woman so far to win all three categories.

Sarah Brown achieved the hat trick for “General Hospital,” but in two different roles. She earned three bids for Best Younger Actress (1997-1999) and one for Best Supporting Actress (2000) for playing Carly Benson. She returned to the show a decade later in a brand new role, Claudia Zacchara, for which she was nominated for Best Actress in 2010. She won three times as Carly (Younger in 1997-1998, Supporting in 2000), but she didn’t win as Claudia, so she still has to prevail as a lead to match Tom’s feat of triple victories.

Beth Ehlers was nominated five times for playing Harley Cooper on “Guiding Light”: Best Younger Actress (1992-1993), Best Supporting Actress (1999 and 2002) and Best Actress (2006). But she never won any of those nominations, which makes her the only woman in this exclusive club who has never won in any category.

MacInnes Wood can avoid that ignoble distinction if she wins Best Actress this year, but she’s currently an underdog according to the combined predictions of Gold Derby users. She trails with 9/2 odds. Currently expected to win instead is “General Hospital” star Maura West with 16/5 odds.

While only five women have managed nominations in younger, supporting and lead categories, there have been seven men who have accomplished the feat, including MacInnes Wood’s “B&B” co-star Scott Clifton (who also earned nominations for “GH” and “OLTL”), Tyler Christopher (“GH” and “Days of Our Lives”), Vincent Irizarry (“All My Children” and “Days”), the late Kristoff St. John (“Generations” and “Y&R”), Steve Burton (“GH” and “Y&R”), Roger Howarth (“OLTL” and “As the World Turns”) and Michael E. Knight (“AMC”).

Every single one of those men won at least one of their nominations, so history seems to be on MacInnes Wood’s side to eventually win. Do you think she’ll prevail to cap of her triple crown of nominations?