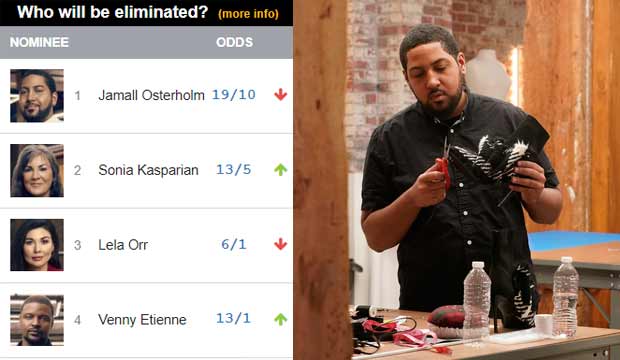 Jamall Osterholm was having a steady run on “Project Runway” for the first few weeks of the season, coasting by with safe scores from the judges. But in recent weeks he’s been tripping over his own ambitious design ideas, and now we think his days might be numbered. According to the combined predictions of “Runway” fans, Osterholm is likely to be sent home tonight in episode seven. Make or update your own predictions right here.

Osterholm’s first misstep was in “High Fashion to High Street,” when he had a bold concept of streetwear that would take a young urban woman of color and place her in the luxurious finery of Elizabethan England. Unfortunately, he bit off more than he could chew and ended up with an unfinished dress that never really followed the basic concept of the streetwear challenge. But judge Brandon Maxwell reassured him that at age 23 he is too young to have fully found his voice, so Osterholm got another chance.

But then the beleaguered designer overextended himself again in “Power Play” with a video-game look he wasn’t able to finish. Once more his garment was unfinished, and his idea for a badass secret agent women just ended up as a suit with nothing underneath to support his model’s curves. But the judges gave him yet another chance, so he’d better make the most of it because no designer this season has survived three trips to the bottom.

As of this writing Osterholm gets leading odds of 19/10 of being eliminated, followed by Sonia Kasparian (13/5 odds) and Lela Orr (6/1 odds), who have gotten one low score each this season but no high scores. Do you agree that those three are at greatest risk? Click on the elimination predictions graphs below to see our complete forecasts for tonight’s show. 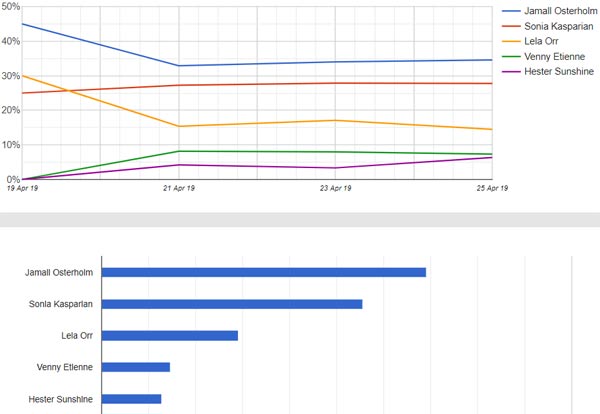