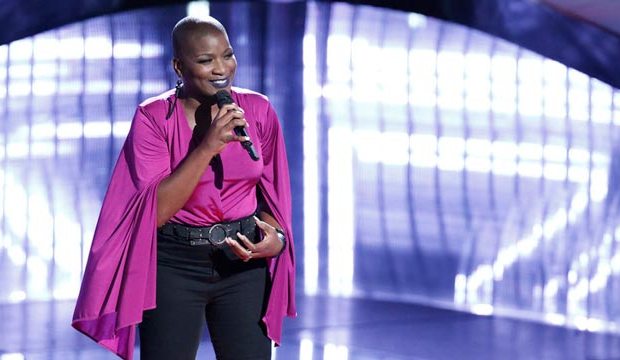 Janice Freeman, who was a finalist on “The Voice” in 2017, is dead. She passed away on March 2 of a blood clot in her lungs. The 33-year-old singer had been battling both bronchitis and lupus in recent months, having beaten cervical cancer several years ago. (See all of “The Voice” deaths in our photo gallery below.)

Her perseverance was what endeared her to America when she competed on season 13 of “The Voice.” At her blind audition, she performed a powerhouse cover of “Radioactive” that had coaches Miley Cyrus and Jennifer Hudson both turning. While each made a strong case to coach her, Freeman went with Miley.

Janice eventually made it to the live shows, exiting in week 2 after losing the Instant Save to Adam Cunningham of Team Adam Levine. Freeman did herself proud with her rendition of Sia‘s 2014 single “Chandelier” but Cunningham got more votes for his version of “Amazed,” which was a big hit for Lonestar.

Take a read of Freeman’s official NBC bio to get a sense of just how special this woman was: “When Janice was 21 years old, her daughter, Hannah, was born. A few years later, when her daughter was only four, Hannah’s father passed away from cancer. It was really tough being a single mom, but it taught her how to be strong. Janice needed the strength because in 2012 she was diagnosed with cervical cancer. She fought it and survived. In the midst of all the tragedy, she met her wonderfully supportive husband. They have been married for two years, and he even gigs locally with her and her band. Having gone through so much, she is so thankful to be cancer-free and happily married, but needs this shot at a music career to provide stability for Hannah.”

SEE ‘The Voice’: Everything you need to know about season 16 – premiere, coaches, format changes