Cinematographer Jarin Blaschke wanted to “embrace” the theatricality of “The Lighthouse” rather than shy away from it. Although it takes place in one location with just two actors, the DP found that there was “so much imagery in there” to play around with that he was excited by the opportunity to “elevate the dialogue scenes.” Watch our exclusive video interview with Blaschke above.

Directed by Robert Eggers, this A24 release follows two lighthouse keepers (Robert Pattinson as young seaman Ephraim Winslow and Willem Dafoe as the haggard Thomas Wake) who plunge into madness while in isolation on an island in New England. Set in the 1890s, the film gave Blaschke the opportunity to shoot in black-and-white in 1.19:1, a boxy aspect ratio “that I probably will not be able to [use] again.” Although it’s “unusual in this day and age to have something in this aspect ratio,” it perfectly fit the story’s sense of “confinement.” Considering “the shape” of the frame and “the environment” they were filming in, he didn’t have to do much else to make the audience feel claustrophobic, so he chose simple coverage over flashy camera movements.

SEEWillem Dafoe (‘The Lighthouse’) on exploring ‘dark parts of the human psyche’: It gets ‘under your skin’ [EXCLUSIVE VIDEO INTERVIEW]

Although he’s shot black-and-white shorts and photographs, Blaschke never had the chance to shoot a feature film this way until now. It wasn’t too big of a leap for him, however, because “when I shoot in color, there doesn’t tend to be a lot of color variation anyway. For whatever reason, I tend to like harder light in black-and-white, and in color I like to be softer.” So for much of the film, he would just use “a tiny little bulb and really hard shadows” to create atmosphere.

Blaschke has worked with Eggers several times before, including the director’s debut feature “The Witch” (2015) as well as his short films “The Tell-Tale Heart” (2008) and “Brothers” (2015). “The Witch” brought Blaschke a Best Cinematography win from New Mexico film critics, plus nominations from Dublin and Seattle critics. 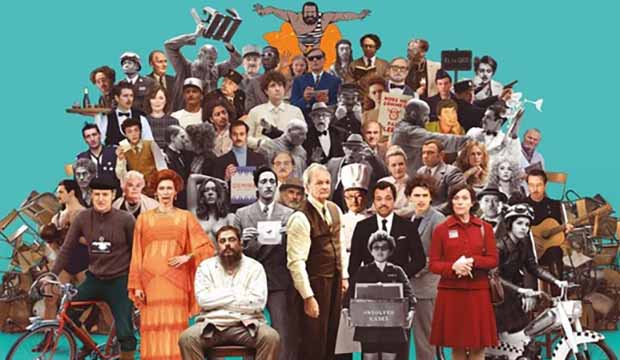