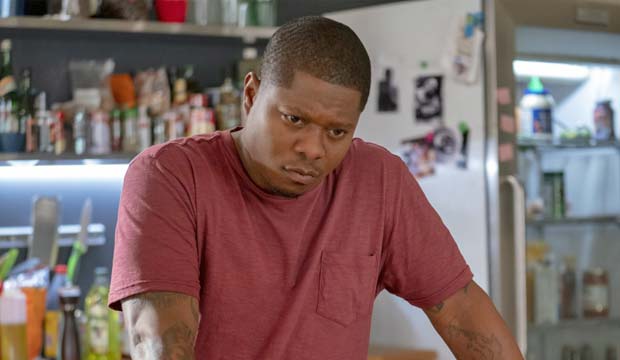 Gold Derby’s sister site Variety exclusively reported that the MTV Movie and TV Awards are the latest to drop Jason Mitchell following misconduct allegations against the actor. He had been nominated for Best Performance in a Show for his starring role in the Showtime drama “The Chi,” but now he’s out of the running, which leaves four contenders for the fan-voted prize: Emilia Clarke (“Game of Thrones“), Gina Rodriguez (“Jane the Virgin”), Elisabeth Moss (“The Handmaid’s Tale”) and Kiernan Shipka (“Chilling Adventures of Sabrina”). You can update your predictions here.

“In light of recent developments, we have removed Jason Mitchell as a nominee,” an MTV spokesperson told Variety. Mitchell was recently fired from “The Chi” due to allegations of harassment; the Showtime series will return for a third season without him. He was also fired from the Netflix movie “Desperados” and dropped by his agency UTA and his management company Authentic Talent and Literary Management.

“The Chi” showrunner Ayanna Floyd went public about the circumstances surrounding Mitchell’s behavior, which led his co-star Tiffany Boone to ask to be released from the series. Floyd told the Hollywood Reporter, “I did everything I could to deal with his behavior, by speaking with the studio’s HR department multiple times and instructing one actress to call HR herself, before I became a target of his rage and inappropriateness, and had to report him to HR, as well.”

Mitchell earned an Image Award nomination for “The Chi,” and he was also a member of the SAG Award-nominated ensemble casts of “Straight Outta Compton” (2015) and “Mudbound” (2017).