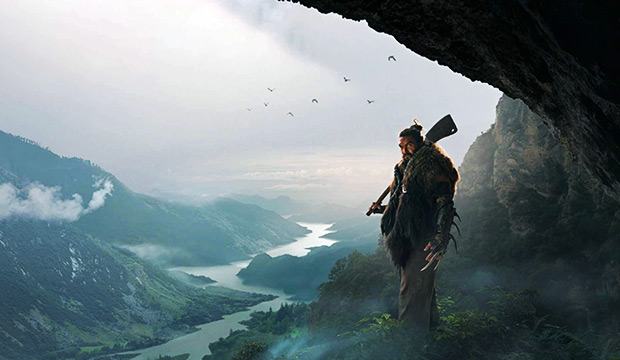 The Apple TV+ streaming service launches this Friday with awards contenders like “See,” which has been campaigning for a Golden Globe nomination in the Best TV Drama Series category since March. Apple traveled Globe voters during a day of reshoots then up to the waterside forest set near Vancouver, capping with an interactive demonstration by the show’s “Cultural Designer and Supervising Movement Choreographer” Paradox Pollack.

SEEour “See” gallery of screenshots from the Apple keynote.

Starring Jason Momoa and Alfre Woodard, the epic is set centuries after a virus decimates humanity and leaves the survivors blind. Apple provided the press with the first three episodes, titled “Godflame,” “Message in a Bottle” and “Fresh Blood,” all of which were written by Steven Knight and directed by Francis Lawrence.

With Apple reportedly spending $15 million per episode, the show does considerable world-building in these early installments, so the show’s best bet for a Globe nomination might be in the main series category, but also watch out for Momoa in Best TV Drama Actor and Woodard in Best TV Supporting Actress. “See” is most often compared to “Game of Thrones,” a five-time nominee for Best TV Drama Series at the Golden Globes.

Momoa’s performance as Baba Voss is largely physical. Although the leader of an ostensibly peaceful tribe, Baba is at the center of a major fight sequence in each episode, with Baba himself administering the most gruesome blows. After Momoa’s inherent charm and goofiness add unexpected levity to dramatic proceedings in the first two episodes, the third episode sees Baba reconcile with his troubled past, lending to tender moments that demonstrate Momoa’s range and reaffirm his competitive position in our racetrack odds for a Golden Globe nomination. Momoa is the perfect successor to last year’s winner Richard Madden, another rising star with a budding film career who had been overlooked by awards for career-defining work in the initial seasons of “Game of Thrones.”

Woodard plays Paris, a priestess who advises Baba. Her awards chances are bolstered by her resurgent film profile, having earned her best notices in decades for a performance in a theatrical release with “Clemency,” which won the top prize at the Sundance Film Festival. She ranks sixth in our odds there for a nomination in Best Film Drama Actress. The Globes often recognize individuals for film and television performances simultaneously, nominating both Amy Adams and Regina King for both media last year. A TV nomination for “See” would also help to settle a debt that Woodard has been building with the Globes; she has received six Emmy nominations, including a win, since the Globes last nominated her for the 2000 television movie “Holiday Heart.”

MAKE YOUR PREDICTION: Who's out front to win Best Drama Series?
To save your prediction, you must log in to Gold Derby. Click here to sign in with existing account -- or create a new one. 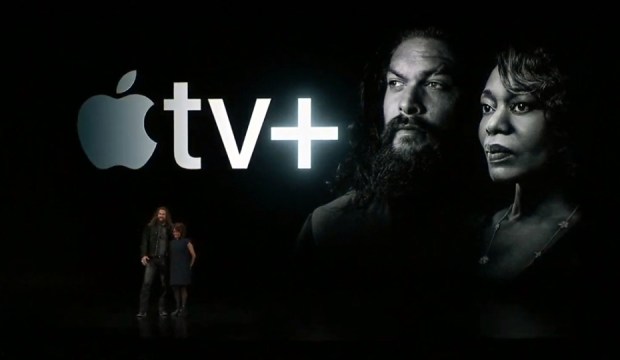