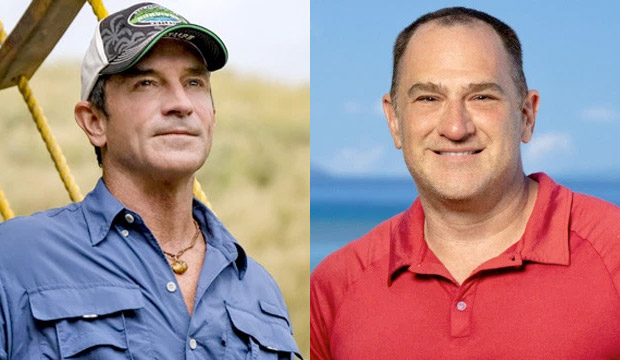 “Survivor” has been on the air for nearly two decades and 600 episodes now, but something happened during Wednesday’s episode that’s never happened before: a player was ejected from the game. The contestant in question was Dan Spilo, a Los Angeles talent manager who was removed by producers because of an “incident” that happened off-camera. After the episode aired on December 11, host Jeff Probst told Entertainment Weekly Dan was “not happy” to be pulled from the game.

“We talked through everything for quite a while, and by the time he got on the boat to leave he had calmed down and was actually very respectful as he departed,” Probst explained. Filming for this 39th season occurred on Mamanuca Islands, Fiji in April 2019. The four-time Emmy-winning host wouldn’t give any details about the specific incident, “out of respect for privacy and confidentiality.” A title card at the end of the episode revealed:

Dan was removed from the game
after a report of another incident,
which happened off-camera
and did not involve a player.

SEE When is the ‘Survivor: Island of the Idols’ finale?

Dan’s inappropriate behavior was first mentioned in the season premiere, when Kellee Kim called him out for making her uncomfortable. Weeks later, Kellee compared stories at the merge with Missy Byrd and Elizabeth Beisel, who told her they also felt Dan was being too touchy-feely with the women of the game, though they admittedly exaggerated their own stories. “Survivor” producers at the time gave Dan a warning.

Probst admitted this season of “Survivor” was a challenging one with respect to so many cultural and social issues that made it on-camera. “We all worked diligently throughout the entire process to make the right decisions and portray an accurate depiction of what took place,” he divulged. “We have learned a lot and it will inform our process moving forward.”

Since Dan was in an alliance with some of the remaining castaways, that made his ejection “a very complicated situation for the players,” Probst noted. “They’re on day 35 of 39. They’re very close to the end. They’re also in a state of ‘eyes on the prize.’ And because they did not receive more information for privacy reasons, they seemed to accept the news and moved on with the game.”

SEE‘Survivor’ Ponderosa video: Karishma Patel freaks out when a cockroach flies in her hair [WATCH]

The final five players in the running to win the $1 million prize are Dean Kowalski, Lauren Beck, Janet Carbin, Noura Salman and Tommy Sheehan. It’s quite likely Dan would have made it to the final three and been given the chance to convince the jury to award him the $1 million prize, as he had a guys’ alliance with Dean and Tommy as well as a close bond with Lauren and Janet.

“We have learned a great deal and it will inform our process and protocols on how to evolve moving forward,” Probst said about how Dan’s dismissal might affect future seasons of CBS’s reality TV show. “While we still want to maintain the competitive aspect of the game, above all, we want to ensure that all players always feel safe and respected. These conversations both internally and with outside organizations will continue.”

Two weeks ago Gold Derby conducted a poll asking who among the final eight players fans most wanted to win, and Dan came in with 0% of the vote. It appeared at the time viewers had already soured on the thought of Dan winning the game. Dan is not a jury member, and it’s unlikely he will appear at the live reunion show following the December 18 finale.