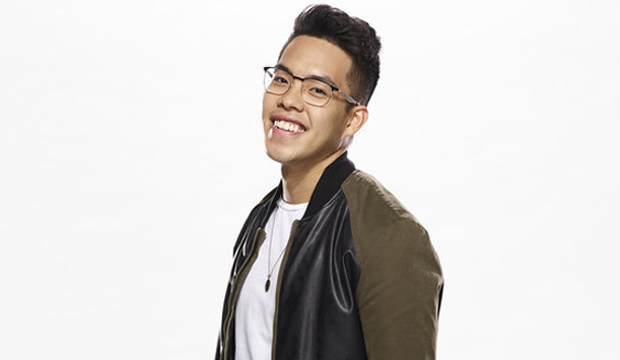 Tuesday night on “The Voice” Season 17, Jej Vinson of Team Kelly Clarkson won his epic live Cross Battle against LB Crew of Team Adam Levine. It was one of the hardest-fought battles of this new stage of the competition, with Jej taking on “Versace on the Floor” and LB performing “Wade in the Water.” In the end America decided to advance Jej to the Finals, and since Adam had already used his Save the previous week that meant LB was sent home. Do YOU think America made the right choice?

“We try and do all we can with Saves and Steals to save people we think should stay around, but this is a bummer scenario for me personally,” Kelly said at the thought of losing a talented artist before the decision was announced. “I just think both of you are brilliant,” she added.

When host Carson Daly told Jej the good news, Kelly jumped on stage and gave him a big hug. She also tried to console LB by telling him, “We put two four-chairs against each other and that should not have happened. You freaking killed it.”

SEE‘The Voice’ Cross Battles Night 2: Which artists will be the final ones moving on for Season 16? [UPDATING LIVE BLOG]

The previous night Kelly raved about Jej’s performance, declaring, “If Bruno Mars saw that, he’d be like, ‘Oh, I should do that lick.’ Your runs are so incredibly powerful, but seamless and not trying too hard and I cannot wait to see you on this show. I’m so impressed by you, Jej. Vote for Jej!”

At the conclusion of the live Cross Battles, Kelly still has six artists on her team: Jej, Rebecca Howell, Matthew Johnson, Abby Kasch, Rod Stokes and Presley Tennant. Which artist do you think has the best shot of joining “The Voice” winners list?