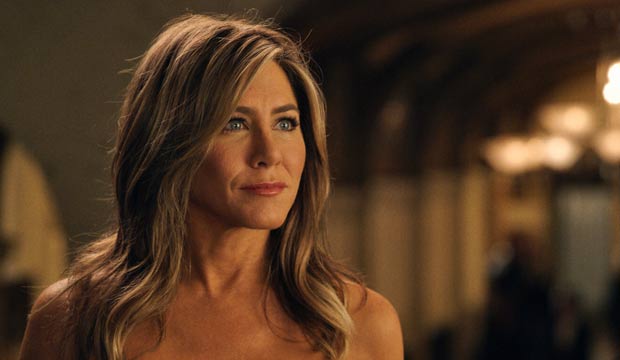 Art imitates life: Jennifer Aniston was America’s sweetheart on “Friends” and now she’s reasserting herself on TV in “The Morning Show” as Alex Levy, who was America’s sweetheart and is now reasserting herself on the set of the title news program. Aniston means business too: she’s also an executive producer of “The Morning Show.” That means she has two Golden Globe nominations this year for the price of one: Best TV Drama Series and Best TV Drama Actress. Will she reassert herself there too 17 years after her last Globe victory?

Aniston won Best TV Comedy/Musical Actress in 2003 for the NBC sitcom. That was just a few months after she won her Emmy for the memorable season when her character had a baby. But that was actually her last Globe nomination for “Friends.” The Hollywood Foreign Press didn’t invite her back until 12 years later, when she was nominated for her dramatic turn in the 2014 indie film “Cake.” Now “The Morning Show” gives her her second dramatic nomination.

Apple TV‘s flagship series earned three nominations overall. In addition to Best Drama Series and Best Drama Actress for Aniston, the show received an additional Best Actress bid for Reese Witherspoon as Bradley Jackson, who reluctantly winds up as Alex’s new co-anchor after the show is rocked by a sexual misconduct scandal.

One might think Witherspoon’s presence in the category could result in vote-splitting and cost both women the title. But her nomination is also evidence of how much support there is for the show overall in the Hollywood Foreign Press, and with only about 90 members in the organization it might not be so hard to consolidate support around one of them.

There’s plenty of precedent too: the last co-stars who were nominated together were Edie Falco and Lorraine Bracco (“The Sopranos”), but Falco still managed to win in 2000. Before that Jill Eikenberry (“L.A. Law”) beat her co-star Susan Dey in 1989. Sharon Gless (“Cagney and Lacey”) beat Tyne Daly in 1986. Heck, in 1982 there was a tie: Linda Evans (“Dynasty”) and Barbara Bel Geddes (“Dallas”) shared the honor even though both were up against co-stars — Joan Collins and Linda Grey, respectively.

And Aniston arguably has the more compelling off-screen narrative, taking her first regular television role since “Friends” in a change-of-pace performance that shows a different side of the artist formerly known as Rachel Green. So Globe voters may want her back on their stage to re-welcome her to the TV family. Indeed, Aniston is the current front-runner according to the combined predictions of our users, getting leading odds of 69/20 with support from a majority of our Experts and Editors as of this writing. So will life imitate art now as Aniston follows in Alex’s footsteps on her way back to the top?