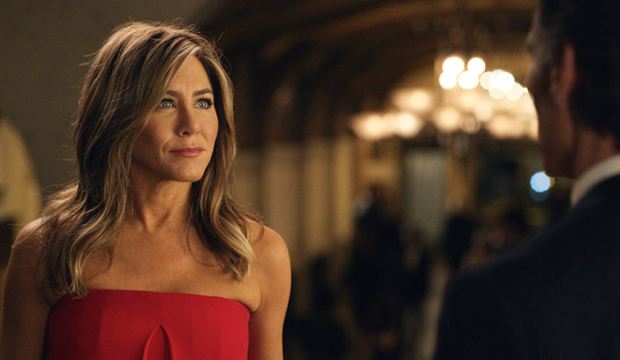 Jennifer Aniston, woman of all genres? Or at least two of them. Aniston is expected to receive a Best TV Drama Actress Golden Globe nomination for her new Apple TV+ series “The Morning Show,” which launched along with the service on Friday. Should she walk away with the statuette, she’d be the first woman to win both lead TV categories at the Golden Globes.

Aniston already has a Globe at home for “Friends,” snagging Best TV Comedy/Musical Actress in January 2003, fourth months after her Emmy triumph. That win was the only one the hit sitcom received from the Hollywood Foreign Press Association from 10 nominations during its 10-year run. The actress had a previous bid in the catch-all supporting category for the show, before the entire cast opted to upgrade to lead, and later earned her first film nomination for “Cake” (2014).

The Golden Globes split the TV actress award, previously known as Best Female TV Star, into drama and comedy/musical starting with the 27th ceremony in February 1970. There’s been very little cross-pollination between the two categories since. Edie Falco and Katey Sagal have competed in both, but only won one of them. A two-time drama champ for “The Sopranos,” Falco went 0 for 4 in comedy/musical for “Nurse Jackie (she, of course, won both lead categories at the Emmys). Sagal never won for her star-making turn on “Married… with Children,” also going 0 for 4, but pulled off an upset on the drama side nine years ago for “Sons of Anarchy.”

“The Morning Show” has gotten off to a shaky start for what was supposed to be the star-studded crown jewel of Apple’s foray into the streaming wars. It’s received very mixed reviews for its clumsy plotting and hazy ideas, but Aniston’s performance — as Alex Levy, who’s trying to find her way in the midst of her fired co-anchor’s sexual misconduct allegations and a patriarchal system ready to dump her — has earned thumbs up across the board, reminding folks what a gifted dramatic actress she is. Even if the show underperforms, a win for Aniston is definitely not out of the question. Plus, it’s not like the HFPA hasn’t awarded less well-received shows before.

Aniston is currently in third place in our odds, with one Expert and eight of our Editors banking on a win. Olivia Colman (“The Crown”) and Emmy champ Jodie Comer (“Killing Eve”) occupy the top two spots, while Nicole Kidman (“Big Little Lies”) and Zendaya (“Euphoria”) round out the top five.