Believe it or not, but it’s been 12 years since Jennifer Hudson won Best Supporting Actress at the Oscars for her performance as Effie White in Bill Condon‘s 2006 musical “Dreamgirls.” (Re-watch Hudson’s Oscar speech in the flashback video above.) Now the Grammy winner and reality TV veteran is back in the awards conversation thanks to her role of Grizabella in Tom Hooper‘s “Cats,” an adaptation of the classic Broadway production.

While the Universal picture won’t arrive in theaters until December 20, the “Cats” trailer showcases Hudson’s powerful voice as she belts out the iconic song “Memory” over images of humanoid felines prancing around town, including Taylor Swift and Judi Dench. It’s the kind of performance that just oozes “Oscar,” as voters can’t stop themselves from fawning head over paws for these types of singing roles. Just ask Anne Hathaway, who won for a similar memorable performance in “Les Miserables” six years after JHud’s “And I Am Telling You I’m Not Going” moment in “Dreamgirls.”

“I have to just take this moment in,” Hudson remarked at the Oscar podium after being handed the statuette by the previous year’s supporting actor winner George Clooney (“Syriana”). Hudson continued, “I cannot believe this. Look what God can do. If my grandmother was here to see me now … she was my biggest inspiration for everything. She was a singer and she had the passion for it, but she never had the chance. And that was the thing that pushed me forward to continue.”

Hudson also thanked her family, her “genius” director Condon and her “unbelievable” cast mates in “Dreamgirls,” which included Eddie Murphy, Jamie Foxx and Beyonce Knowles. “I thank you all for helping me keep the faith even when I didn’t believe,” she declared as the music tried to play her off. “Jennifer Holliday, too!” Hudson shouted, a nod to the former “Dreamgirls” Broadway star.

Heading into that Oscar ceremony, Hudson had already prevailed at all of the televised precursors: Golden Globes, Critics’ Choice, BAFTA and SAG Awards. That made her the heavy favorite to win the Oscar on her first try over co-nominees Adriana Barraza (“Babel”), Cate Blanchett (“Notes on a Scandal”), Abigail Breslin (“Little Miss Sunshine”) and Rinko Kikuchi (“Babel”).

“Dreamgirls” received a whopping eight Oscar bids, winning for Hudson and Best Sound Mixing, but was shockingly snubbed for Best Picture. Of course, that was back when there were only five films nominated for Best Picture each year, compared to today where anywhere between 5 and 10 can be nominated. Will Hudson now receive a bookend Oscar nom for “Cats”? 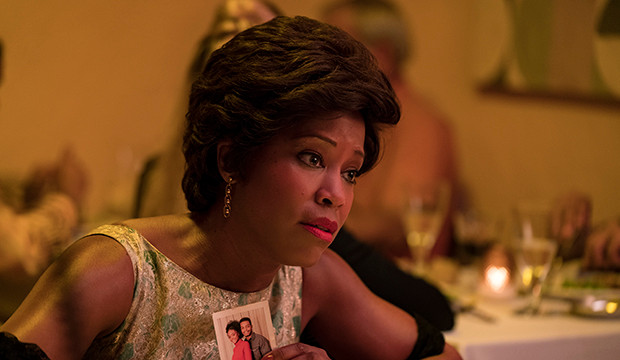