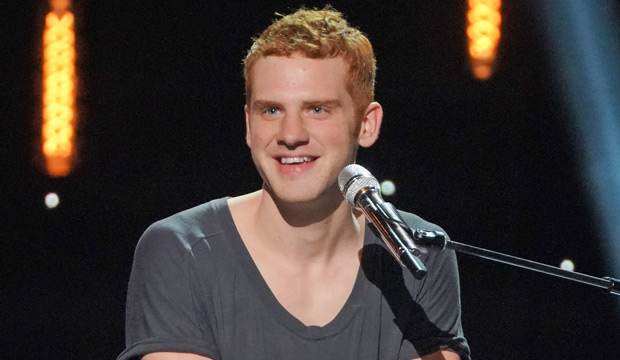 “It’s just the beginning,” Jeremiah Lloyd Harmon told his fans on Instagram hours after his shocking elimination during Sunday’s live Top 6 episode of “American Idol.” The former church janitor, age 26, continued on, “Thank you ‘American Idol,’ it has been a pleasure. Sending my love out to all of the #teamjer fans for your continued support. I’m so excited for what the future holds.”

SEE‘American Idol’: Jeremiah Lloyd Harmon was robbed of a place in the Top 5, say 82% of season 17 viewers

After each of the remaining singers performed two songs on Sunday (Woodstock and Showtoppers), host Ryan Seacrest announced that the bottom two were Jeremiah and Laci Kaye Booth. The judges revealed that they’d be using their one and only save of the season on Laci, meaning Jeremiah was sent back home to Catonsville, Maryland. Jeremiah was then whisked off the stage without so much as a goodbye, angering his fans who’d voted for him all season long.

For his Woodstock performance Jeremiah smiled his way through “Swing Low, Sweet Chariot” and earned a standing ovation from Katy Perry, Lionel Richie and Luke Bryan. Lionel told him that his “vocals are just absolutely amazing,” while Katy said that she thought he was “chosen” and Luke raved about his “professional performance.” Next up Jeremiah performed “Somewhere” and once again earned strong accolades from the judging panel.

Much of Jeremiah’s backstory on the show centered around his religious family not accepting his being gay, but things definitely moved in the right direction in recent weeks with Jeremiah’s sister joining him in Disneyland and his parents sitting in the audience last week. Jeremiah’s pastor father even said with a wink, “I’m not very objective, but I think he’s the best one here.”

A whopping 82% of Gold Derby readers believe that Jeremiah was robbed of a shot at the finals. Do you agree or disagree with those poll results? Sound off in the comments section or join the discussion in our fun and feisty forums.