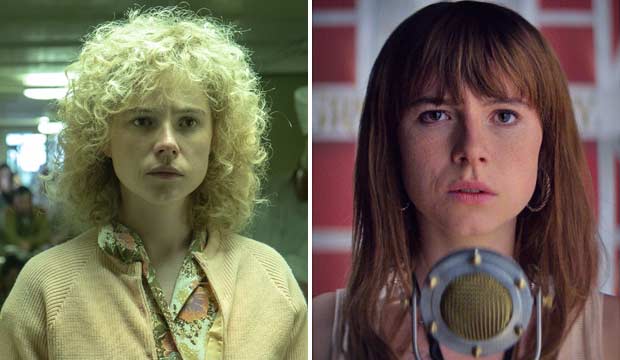 Irish actress Jessie Buckley isn’t a household name, but she could be well on her way. She recently appeared in “Chernobyl” as Lyudmilla Ignatenko, who suffers tragic losses as the result of the notorious nuclear disaster. And her indie film “Wild Rose” opened June 21, a few days before the close of Emmy nominations voting on June 24. Could the film boost her to an Emmy bid for Best Movie/Mini Supporting Actress? And might she then be an Oscar contender for Best Actress?

Buckley’s “Chernobyl” co-star Emily Watson is a likely Emmy nominee according to the combined predictions of Gold Derby users, and she’s helped by the fact that she’s a well known, Oscar-nominated veteran. She plays a crusading nuclear physicist in the HBO limited series, while Buckley’s role shows us the human cost of the event on average Soviet citizens. She’s a layperson’s entry point into the high stakes and desperate cost of the Chernobyl accident.

“Wild Rose,” meanwhile, is a wildly different role for Buckley. She plays a working-class woman from Scotland who aspires to be a country music star. Justin Chang (Los Angeles Times) calls her “extraordinary,” and Owen Gleiberman (Variety) says she “has a presence that’s pure fire” in a “star-making performance.” Goodness knows playing an up-and-coming singer isn’t a bad way to get Oscar’s attention; Lady Gaga earned a Best Actress nomination earlier this year for just such a role in “A Star is Born.” And “Wild Rose” is distributed by Neon, whose 2016 film “I, Tonya” earned a Best Actress bid for Margot Robbie and a Best Supporting Actress win for Allison Janney.

Will she start her 2019 awards momentum with an Emmy bid? Her momentum has actually started already: she earned a Rising Star nomination at the BAFTAs at the beginning of the year. But in an era crowded with so much TV programming and so many performances, her relative lack of name recognition on these shores may be challenging to overcome. However, if awards voters don’t know who she is yet, they may before long.