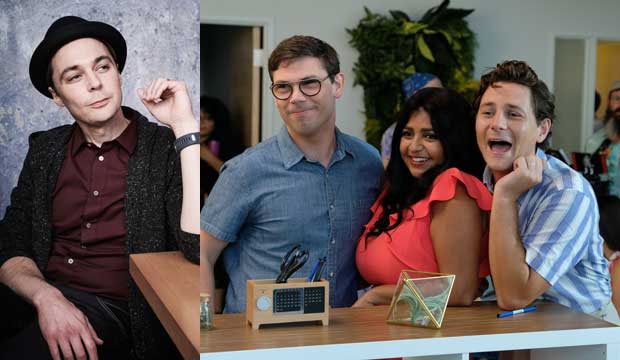 We thought Jim Parsons might be an Emmy contender for his final season of “The Big Bang Theory,” especially after previously tying the record with four wins for Best Comedy Actor. Alas, the television academy wasn’t sentimental about that long-running show’s fond farewell, but that doesn’t mean Parsons can’t still walk away with his fifth Emmy. He broadened his horizons this season into the world of short form television, and he could win Best Short Form Comedy or Drama Series as an executive producer of “Special.”

The series consists of eight episodes at around 15 minutes apiece and tells the story of a gay blogger with cerebral palsy striving for independence. It’s written by Ryan O’Connell based on his own memoir, and O’Connell also plays the lead role. It’s produced by Parsons’s That’s Wonderful Productions, and it’s nominated four times: in addition to Best Short Form Comedy or Drama, it also received acting bids for O’Connell, Jessica Hecht and Punam Patel.

That’s actually one more bid than the show had when nominations were announced on July 16. O’Connell wasn’t initially nominated for his performance, but then Jonathan Banks (“Better Call Saul Employee Training: Madrigal Electromotive Security”) was knocked out of the category because his program didn’t meet eligibility requirements after all, so a nomination went to O’Connell instead since he had the next highest number of votes in that race.

Now the Netflix comedy is the most nominated short form program with four bids, which might make it the show to beat in the top category. That would add another Emmy to Parsons’s collection. Wouldn’t that be “Special”