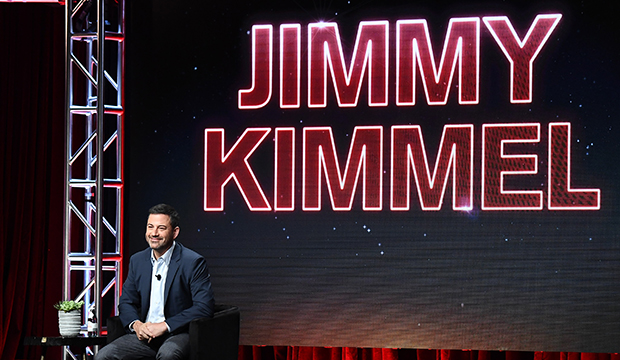 Jimmy Kimmel doesn’t want to host the Oscars again, but he does want hosts.

During his panel Monday at the Television Critics Association summer press tour, Kimmel pointed out that the Oscars went host-less in February after his two stints in 2017 and 2018 — the former of which, of course, featured Envelopegate. After ratings improved this year, ABC Entertainment President Karey Burke has said numerous times in the past few months that she hopes to go host-less in 2020 as well.

“I’m in the unique position of being the host that after I hosted, they decided they didn’t need a monologue anymore,” Kimmel deadpanned. “I love comedy, I love comedians. I think the fact that the ratings on the Oscars were higher is because the show was shorter. And I think if they do the same thing this year, everyone will find that that was the case.”

The late-night host added that his favorite Oscar memories are not the winners but the hosts’ monologues and bits, particularly those of his comedy heroes, so he’s sad to see that go away if the show continues eliminate the emcee role. “I personally remember Billy Crystal hosting and Steve Martin hosting,” he said. “For me, I wasn’t as interested in the acting awards as I was in seeing how these comedians that I like would handle the show. I will miss that.”

Kimmel called the hosting gig a “no-win” type situation and thinks doing it twice was enough. “It’s a very difficult job. Even when it seems like it was great, you go home and you’re like, ‘Oh, some people didn’t think it was great.’ If you don’t care what people will say, I think it’s a good gig. I do, so it’s for me, it’s kind of a f—ing nightmare,” he quipped.