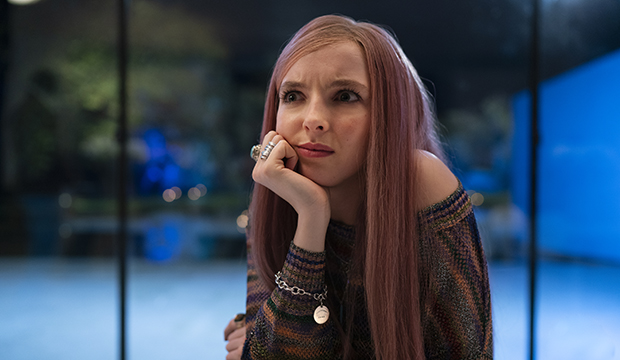 BBC America’s “Killing Eve” netted two Primetime Emmy Award nominations last year, one for Sandra Oh in Best Drama Actress and the other for Phoebe Waller-Bridge in Best Drama Writing. The show’s second season, which is currently airing, is expected to nab nods across the board, including one for Oh’s co-star Jodie Comer, who is currently in fourth place in our combined Emmy odds.

Comer would be the most recent actor to turn a first-season snub into a nomination for the second one. Recent examples include:

SEE Well, that was quick: ‘Killing Eve’ has been renewed for Season 3 — with one major change

A show typically follows this trajectory when its first season does well in terms of nominations, and then goes on a steamroll on Emmy night. “Handmaid’s” fits that mold, as it bagged 13 nominations for its first season and continued to shatter expectations when it won eight of those. The show then had significant momentum leading into the second season, which helped up its nomination total to 20.

On the other hand, “Atlanta” underperformed with six bids for its first season. However, it still managed to build up enough momentum with its Best Comedy Actor and Best Comedy Directing wins, which both went to Donald Glover. Its second season attracted more critical acclaim than its first, tying “Planet Earth: Blue Planet II” as the highest-rated 2018 show on Metacritic with a score of 97. When the Emmys then came around, it received a whopping 16 bids.

So, where does “Killing Eve” fit in? With two Emmy nominations for its first season, it’d follow the trajectory of “Atlanta,” especially given the fact that it, too, has gained in critical acclaim, with an 87 score on Metacritic and 97 percent fresh on Rotten Tomatoes. In fact, the show’s low nomination total for Season 1 may not even be that worrisome, since its late premiere date (April 2018) may have not allowed enough viewers to watch it. With five previous bids for “Grey’s Anatomy,” Oh may have had enough residual goodwill to make the cut in the drama actress race, despite “Killing Eve” underperforming.

Now that voters have had time to catch up with the show, and the show has had a year to build up momentum, it’s predicted to perform well across the board — it’s currently in second place in our Best Drama Series odds. Consistent praise for Comer’s performance and overall visibility may accumulate and pave the way for her Best Drama Actress nomination. Plus, with Oh being the only possible returnee from last year’s lineup, the field is wide open.

Playing skilled, maniacal assassin Villanelle/Oksana Astankova allows Comer to show off her incredible range; at times she’s delivering laugh-out-loud one-liners, while at others she’s brilliantly channelling her character’s disturbingly psychopathic self. She continues to be a scene-stealer in the second season, illuminating sides of Villanelle that we haven’t seen so far, such as her internal vulnerability. While she isn’t the mustache-twirling, winking devil Emmy voters tend to favor time and again, she also isn’t the too-tough-to-swallow, one-note villain that can often hurt an actor’s chance of getting nominated.

Even though episode submissions may not matter anymore, so far, Comer would have great ones with “Nice and Neat” (episode 2) and “Desperate Times” (episode 4), as she expertly displays her versatility and has significant screen time in both.

Oh is currently in first place in our odds, followed by Laura Linney (“Ozark”) in second, Julia Roberts (“Homecoming”) in third, Emilia Clarke (“Game of Thrones”) in fifth, and Robin Wright (“House of Cards”) in sixth.