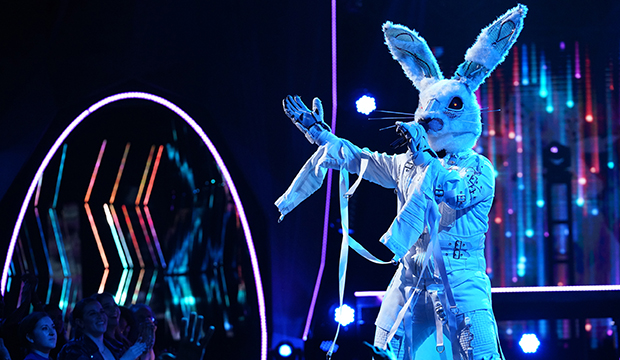 “@zoeytaylor did a KILLER job on the rabbit ! She is def one of the best!” Fatone wrote alongside a side-by-side photo of the new piece on his right calf and a shot of Rabbit performing on the show. Fatone also did a live Instagram Story while he was getting inked.

Unfortunately, the tattoo is only of Rabbit from the chest up, so we don’t get the complete straightjacket goodness. Fatone does have 17 tattoos, if you’ll recall one of Rabbit’s clues, so he probably didn’t have too clean skin left for a head-to-toe Rabbit. But Zoey Taylor, who owns The Warren Tattoo, did a top-notch job replicating Rabbit’s mesh face mask and wired-out ears.

@zoeytaylor did a KILLER job on the rabbit ! She is def one of the best! Go see her @thewarrentattoo

Taylor also shared the same photo on Instagram, writing, “Got to do a fun tattoo for @realjoeyfatone of his Rabbit character from his @foxtv show @maskedsingerfox.”

Fatone came in fourth place on the Fox hit, getting eliminated in the semifinal along with Lion (Rumer Willis). Monster (T-Pain) won the first season, beating Peacock (Donny Osmond) and Bee (Gladys Knight).

It’s both hilarious and cute that Fatone marked his time on the show with a tattoo (correct us if we’re wrong, but as far as we know, he didn’t get inked up after he did “Dancing with the Stars”). A lot of times when stars get tattoos to commemorate a project, it’s for an “end of an era” type of thing. The “Lord of the Rings” actors who were in the fellowship, save for John Rhys-Davis, who sent his stunt double, got tattoos of the Elvish word for “nine” after shooting the trilogy. And the original “Avengers” stars, except for Mark Ruffalo, who did not send a stunt double in his stead, got matching tattoos of a specially designed logo last year. So for Fatone to do this for a silly little reality show is, really, the purest form of true love.