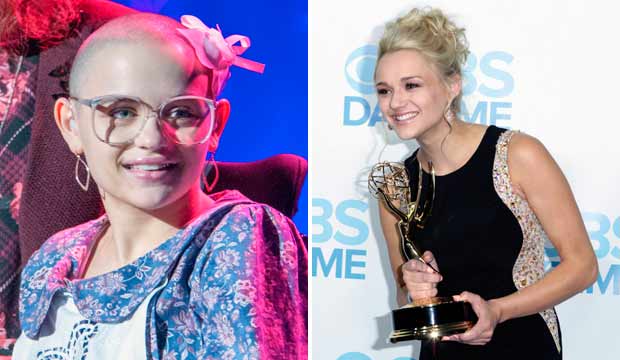 At just 19 years old, Joey King earned an Emmy nomination for Best Movie/Mini Actress for her role in the Hulu anthology series “The Act.” But she’s actually not the first member of her family to make the cut at the Emmys. Her older sister Hunter King has two trophies on her mantel for her work in daytime TV as Summer Newman on “The Young and the Restless.”

The King sibs are young adults now, but they have been acting since they were children. Hunter got her start in the 2000s with guest-starring roles in shows like “Roswell,” “Dexter” and “ER,” in addition to a big-screen appearance in Steven Spielberg’s “A.I. Artificial Intelligence.” She got a big break in 2012 (when she was still a teenager) by joining the cast of “Y&R” as Summer Newman, the daughter of Phyllis (Michelle Stafford) and Nick (Joshua Morrow). That role has earned her five Daytime Emmy bids for Best Younger Actress (2013-2017), of which she won twice (2014-2015). Now 25, she’s still on “Y&R” and just wrapped up her run in the sitcom “Life in Pieces,” which was cancelled this past spring after four seasons.

Joey King, meanwhile, broke out in the 2010s with film roles in “Ramona and Beezus,” “The Dark Knight Rises,” “Crazy, Stupid, Love,” “The Conjuring” and more. But she’s been a fixture on television too, appearing in Emmy-friendly shows like “Entourage,” “New Girl” and “Fargo,” but she didn’t get Emmy attention herself until now. She turns 20 on July 30, but she already has more credits than a lot of actresses twice her age.

“The Act” is her most grownup role to date. She stars in the biographical role of Gypsy Rose Blanchard, whose mother (Best Movie/Mini Supporting Actress nominee Patricia Arquette) suffered from Munchausen syndrome by proxy and was making Gypsy Rose sick to gain attention and sympathy for herself. Ultimately Gypsy Rose conspired to have her mother murdered, and she’s still in prison for the crime.

It’s a performance that puts the young actress in elite company. She’s going up against her own co-star Arquette (“Escape at Dannemora”), plus Oscar nominees Amy Adams (“Sharp Objects”) and Michelle Williams (“Fosse/Verdon”), and acting veterans Aunjanue Ellis and Niecy Nash (“When They See Us”). In fact, King would be the youngest ever to win Best Movie/Mini Actress. Can she pull it off? And if so, when will she get a chance for a second trophy so she can match Hunter’s haul?