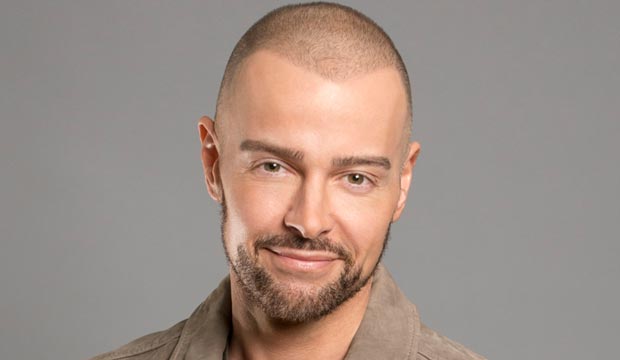 Saturday night during the latest live episode of “Celebrity Big Brother,” Joey Lawrence was evicted by a unanimous 6-0 vote over Kandi Burruss, but he tells host Julie Chen Moonves that he wasn’t shocked at all. “I didn’t know this game that well,” he explains. “This has been an amazing ride [but] I didn’t really know what I was signing up for. My oldest daughter was like, ‘Dad, you gotta do it so we can watch you on TV!'” Joey says that he felt “very insecure” and “self-conscious” at first, but he used the show to “break through some of that.” He also goes off on fellow houseguest Lolo Jones.

Julie brings up the moment early on when Joey turned down an alliance with Lolo and he declares, “She burns hot, that one. Don’t look at her too long, man, she gets mad at you. You stare one second too long, ‘Why are you looking at me like that? Joey, can I have a word with you? Be a real man!’ I’m like, whoa, wait a second, I was just trying to put my laundry in my bag!” He adds that Lolo’s passion might make her a great Olympian, but that, “You gotta keep your distance.”

SEE ‘Celebrity Big Brother’ spoiler: Head of Household for round 4 is …

The rest of the house “judged the three of us as a threat from day one,” Joey reveals about his former buddies Jonathan Bennett and Ryan Lochte, the first two players evicted. “I guess [because of our] physicality. Although with a lot of these challenges, me being in shape was basically useless, it doesn’t matter. I mean, Kato won the Glam Rocks thing. I think that was like weight distribution — he’s evenly distributed, no muscle at the top, none at the bottom.”

As for what he learned about himself in the game, Joey confesses, “I learned that I maybe don’t need to be so self-conscious about my nightly routine, which is 45 minutes in the bathroom. Growing up, doing what I did there was always so much craziness in my life that I took time getting ready for bed as like my zen time. I say my prayers, I just take my time. I felt self-conscious about that and I don’t anymore because I had 12 people that I don’t know watching me do it.”

Julie tells Joey that he needs to develop a skincare line and he responds, “I’m gonna do it!” Finally, Joey correctly predicts that the Patriots and the Rams are in Sunday’s Super Bowl. “You guessed right!” Julie exclaims as the audience applauds wildly.