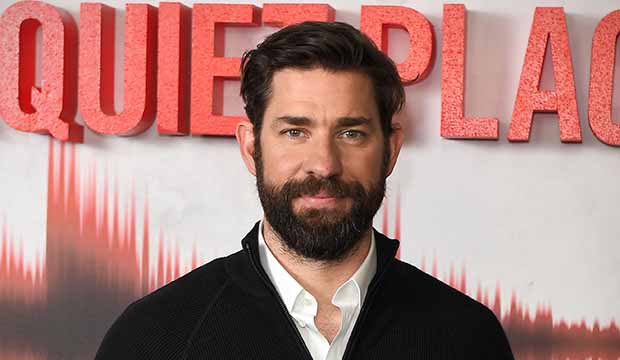 John Krasinski and Emily Blunt‘s great year can be summed up in one day — December 12. That was when the SAG Awards nominations were announced: Krasinski was nominated for his TV drama series “Jack Ryan” while Blunt picked up two bids on the movie side for her leading role in “Mary Poppins Returns” and her supporting role in “A Quiet Place,” a film he wrote, directed and acts in to boot.

Blunt was in London, while he was in L.A., waking up to the announcement of the Supporting Actress category. “I personally think that her performance is the best performance of the year, so when her name came up I genuinely lost my mind. I was bursting at the seams. When she got both nominations, I called her and as soon as she picked up I started to cry.”

The topic of crying was a recurring one in our conversation, as I admitted to Krasinski that “A Quiet Place” made me cry. “Thank you! That’s awesome! I cry at most films, too, so that’s okay, ” he says, genuinely touched. I also cried at his wife’s other film, I told him. Twice. “Oh my god, ‘Mary Poppins’ made me cry 19 times so go see it again and maybe you can get to my record.”

How does he deal with people’s emotional reactions to “A Quiet Place.” “The best compliment you can get out of anything you do is that it starts a conversation and people have their own personal relationship with it. What’s been very moving to me is that people have connected to it like I did: that this movie that is so entertaining but is really about something more – the idea of family and having a group of people around that you can rely on in darkness.”

That darkness is due to those terrifying creatures. “It’s really hard to create something new that hasn’t been seen before, so instead of thinking about what we had seen, we just drilled down on the evolution. On this thing’s planet, he is the highest evolutionary creature – basically a killing machine. On their planet there is no light, so he doesn’t need eyes so he evolved out of that. How he looks very organically came from why he exists at all.”

He singles out the sound designers on “A Quiet Place” for particular praise. “They did something so bold and groundbreaking. The true achievement is something that has never been done before and they did exactly that.”

“This movie is the most personal thing I’ve ever done. I made a movie that is a love letter to my children and I got to do it with the love of my life by my side. It doesn’t get better than that.”