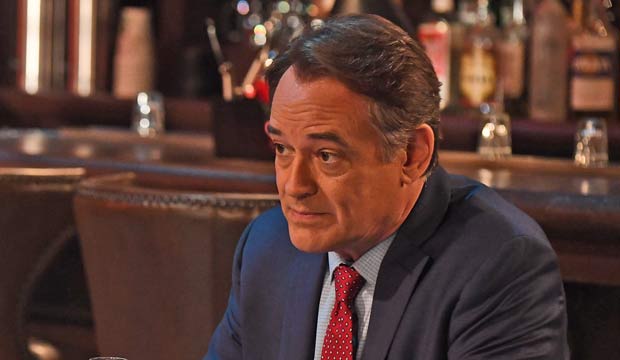 Jon Lindstrom has been a veteran of daytime dramas for decades, but he has only ever been nominated for one Emmy over the course of his career: Best Actor in 2010 for “As the World Turns,” where he played Craig Montgomery for two years before that show’s cancellation that same year. He has never even been nominated for his most famous roles: identical twins Kevin Collins and Ryan Chamberlain on “General Hospital.” Could this be the year he finally prevails?

Lindstrom first joined “GH” in 1992 as Ryan, who was eventually revealed to be a serial killer. After he was found out the show introduced his benevolent twin brother, psychiatrist Kevin, in 1993. Kevin remained on the show even after Ryan was killed off, and then he migrated over to the “GH” spin-off “Port Charles,” which ran from 1997-2003. Kevin later returned to “GH” full-time in 2013.

But as is often the case on soap operas, Ryan turned out not to be dead after all. Kevin had him locked up in a mental hospital, but in 2018 Ryan escaped and assumed his brother’s identity in order to continue his reign of terror in Port Charles. Perhaps now he can finally start his reign at the Emmys.

Dual roles are popular with Emmy voters since they get to reward two performances for the price of one. David Canary won Best Actor five times for playing very different twins on “All My Children”: the meek Stuart and the diabolical Adam. And Lindstrom’s former “GH” co-star Anthony Geary won one of his eight Emmys for a storyline in which he faced off against a sinister doppelganger.

Can Lindstrom follow in their footsteps? Though “GH” has won Best Actor more times than any other soap (10), almost all of those were for Geary. The show’s only two other winners to date were Maurice Benard (2003) and Tyler Christopher (2016). But Lindstrom ranks a close second in our predictions with 4/1 odds based on the combined forecasts of Gold Derby users as of this writing. He trails Peter Bergman (“The Young and the Restless“), who has far more nominations than any other actor in this category (21) but hasn’t won since 2002. So the door is open for Lindstrom to make a killing.

2021 Oscars: Best Sound nominees include 2 past champs, 7 veterans and 10 rookies