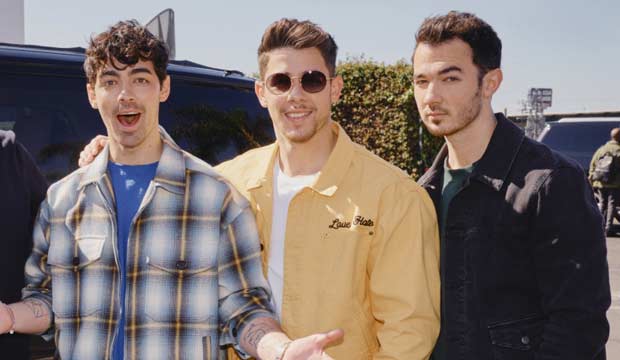 It has been 10 years since the Jonas Brothers performed together at a televised awards show, but NBC and Dick Clark Productions have announced that the trio will make their kudos comeback when they perform at the 2019 Billboard Music Awards.

Siblings Nick, Joe and Kevin will perform their recent single “Sucker,” which is appropriate for the occasion since the song recently debuted in the top spot on the Billboard Hot 100 singles chart, marking the Jonas Brothers’ first chart-topper of their career. And it was the first No. 1 debut for a music group in more than 20 years. Throughout their career they have also had two No. 1 hits on the Billboard 200 albums chart. However, the Jonas Brothers haven’t yet won any Billboard Music Awards, neither as a group nor for their solo pursuits.

But the Jonas Brothers have accumulated other prizes as a unit. They claimed Breakthrough Artist at the American Music Awards in 2008, more than a dozen Teen Choice Awards and a few Kids’ Choice Awards. They also earned a 2009 Grammy nomination for Best New Artist, and a couple of MTV Video Music Award nominations as well.

The Jonas Brothers join a lineup of previously announced performers including the host of the show, Kelly Clarkson, along with BTS featuring Halsey, Lauren Daigle, Khalid, Panic! At The Disco and Sam Smith with Normani. In addition, Mariah Carey will perform a medley of her hits in celebration of her receiving the Icon Award for her career achievements. Who are you most looking forward to seeing when the awards air live from the MGM Grand Garden Arena in Las Vegas on Wednesday, May 1?