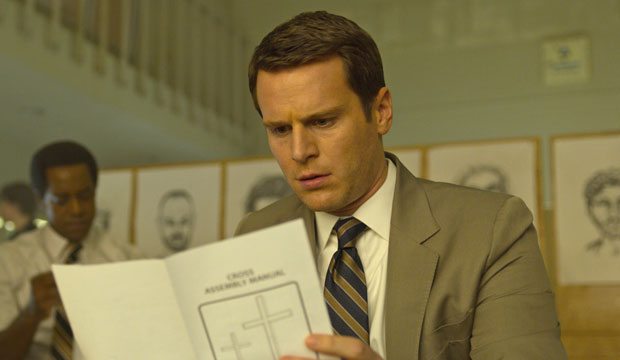 “Mindhunter” surprisingly under-performed on the awards scene for its first season, which premiered on Netflix in the fall of 2017. Is there a chance for redemption in season two, which dropped this past August 16? It took almost two years for the show to return to the streaming service, and now a few of our Top 24 Users say Jonathan Groff will break through at the Golden Globes with a nomination for Best TV Drama Actor. Our Top 24 got the highest scores predicting last year’s Globe nominations, so their forecasts carry greater weight.

Three of our top users are predicting him to be nominated: he places seventh in their collective rankings. There’s a strong consensus among them that Billy Porter (“Pose”), Tobias Menzies (“The Crown”) and Brian Cox (“Succession”) will be nominated, but there’s less agreement about who will fill out the rest of the category. Jeremy Strong (“Succession”) is backed by 10 top users. Kit Harington (“Game of Thrones“) is predicted for a nom by eight. And Jason Momoa (“See”) and Kevin Bacon (“City on a Hill”) are tied with Groff with support from three top users each.

The door may be open for Groff since two of this year’s Emmy nominees for Best Drama Actor are ineligible at the Globes: Bob Odenkirk (“Better Call Saul”) and Jason Bateman (“Ozark”) didn’t air any new episodes in 2019. Also, the Globes usually gravitate towards newer shows, which may disadvantage Harington as well as “This is Us” duo Sterling K. Brown and Milo Ventimiglia. And the Globes like lawmen, as evidenced by past winners David Duchovny (“The X-Files”), Anthony LaPaglia (“Without a Trace”) and Richard Madden (“Bodyguard”), who won at these awards even though they never took home Emmys.

In addition, Groff has dual visibility. Not only does he play the arrogant, determined FBI agent Holden Ford in Netflix’s thriller about federal investigators studying serial killers, he’s also reprising his animated role as Kristoff this fall in “Frozen II,” which shows versatility to say the least. And the Globes don’t have a category to honor voice-over performances, so if voters feel affection for Groff in either role, “Mindhunter” will be the place to go to honor him.

SEEHey, fall awards voters: You have a 2nd chance to do right by Netflix’s ‘Mindhunter’

And that’s not the only “Mindhunter” connection to another 2020 awards contender. In season two the agents interview Charles Manson, who is played by Damon Herriman, the same actor who plays Manson in Quentin Tarantino‘s “Once Upon a Time in Hollywood.” And the series is executive produced by Charlize Theron, a Globes and Oscar contender for producing and acting in “Bombshell.”

That’s not to say that voters will check off “Mindhunter” because of how much they love “Hollywood” or “Bombshell” — I’m not sure how much overlap those projects will have when it comes to the opinions of the mercurial Hollywood Foreign Press Association. But it’s a testament to the show’s strong pedigree — see also: producer and director David Fincher, Golden Globe winner for directing “The Social Network.” So in an open race, Groff may yet break through.