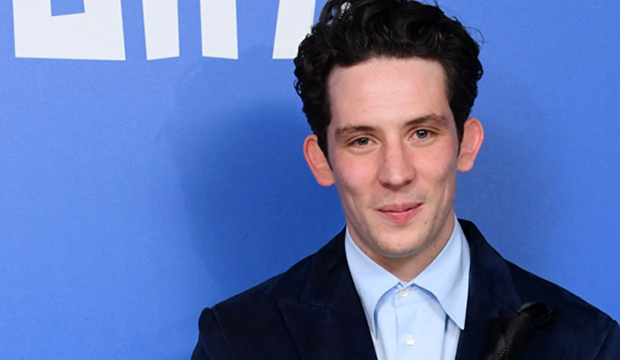 On December 1,  Josh O’Connor won Best Actor at the British Independent Film Awards for Harry Wootliff’s heartfelt drama “Only You.” That bookends the BIFA that he picked up in 2017 for Francis Lee’s LGBT romance “God’s Own Country.” And this rising British star may well need to find room on his mantle for a slew more awards as he is getting rave reviews for his portrayal of a young Prince Charles in season three of “The Crown.”

Watching O’Connor work the press line at the BIFAs, one can’t help but be struck by the fact that he even stands and walks like the heir to the throne. It’ almost like the actor, who also headline TV’s “The Durrells” for four seasons, can’t quite shake this new role. “It’s been really nice. I’m coming to the end of dealing with the ear-puns,” jokes O’Connor. “No, I don’t mind really. I don’t care, I quite like ears. It’s been really pleasurable and lovely.”

O’Connor readily admits that being front and center was always the thing for him. “There was a period of me wanting to be a footballer, but I realized straight away that I wasn’t good enough. The acting job seems to be working out alright though, doesn’t it?”

SEE ‘For Sama’: From history-making win at British Independent Film Awards to Oscars?

He says he will celebrate his Best Actor win with a couple of drinks and then a “camomile tea in bed – very exciting.” Despite his recent run on television, he says his success has been rooted in independent fare. “I’ve watched lot of the films we’ve celebrated, that’s the sort of stuff I’m drawn to you.” However, he ruefully admits, “At the moment I’m binging ‘Master Chef, if I’m honest. ‘Master Chef’ and ‘The Great British Bake Off.’ Very embarrassing.”