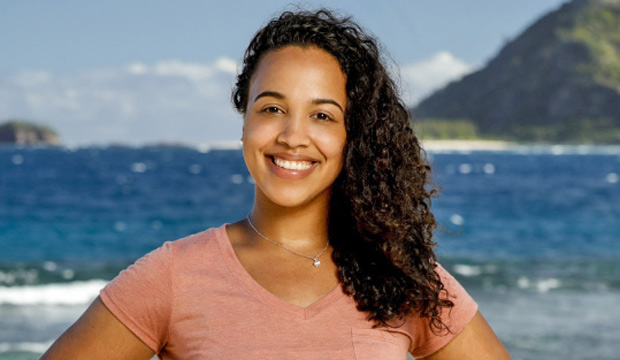 “Tribal council was a mess!” Those were the first words Julia Carter said after being voted out of the ninth episode of “Survivor: Edge of Extinction.” Julia wasn’t exaggerating. The two-act tribal council was one of the “craziest” of all time, with all 11 remaining players scrambling around and huddling up in what was described by one castaway as a “live” tribal. In the end, Julia received a whopping nine votes, with the other two votes going to Kelley Wentworth (Julia’s vote) and David Wright (Aurora McCreary‘s vote).

SEE‘Survivor’ 38 episode 9 recap: Who was voted out after ‘craziest’ tribal council ever? [UPDATING LIVE BLOG]

This 25-year-old Bethesda, Maryland resident, who earlier in the season took issue with her lack of screen time, also had this to say during her exit interview at the end of Wednesday’s episode: “I have no idea what happened with the vote. And now I’m this close to really being out the game. So I’m definitely gonna have to fall back on my will and my motivation. That will be a true test to whether or not I’m willing to push myself to stay in it.”

Julia now joins Reem Daly, Chris Underwood, Aubry Bracco, Joe Anglim and Eric Hafemann as the sixth member of Extinction Island and the sixth juror. Soon all of these deserted island inhabitants will have the chance of returning to the game by competing in a challenge, but in the meantime they’re in a holding pattern as they’re forced to deal with the elements and their own boredom.

Earlier in the episode it looked as though Julia was in a comfortable position. She had successfully taken out Eric the previous week with the help of former Kama members Aurora, Victoria Baamonde and Gavin Whitson, and now they had the option of picking off the remaining players one by one. Unfortunately, everything took a turn at tribal council when Aurora and Julia foolishly challenged the outcasts to team up against them.

Well, that’s exactly what happened. At Rick Devens‘ urging, he was able to convince the other two Kama players (Ron Clark and Julie Rosenberg) to join forces with his former Lesu castaways (David, Kelley, Dan “Wardog” DaSilva and Julie Rosenberg). Gavin and Victoria also joined this mega-alliance and voted out their close ally Julia, presumably because they didn’t want to be on the wrong end of a blindside.