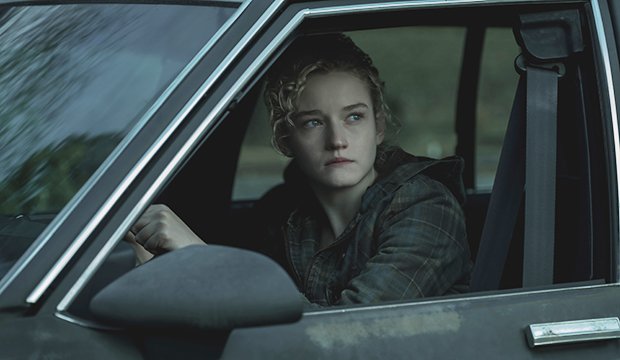 With six of last year’s seven Best Drama Supporting Actress Emmy nominees ineligible, including defending champ Thandie Newton (“Westworld”), the race is wide open this year. Currently leading our combined odds is the only eligible returnee from last year, Lena Headey (“Game of Thrones”), who is followed by Julia Garner (“Ozark”), Maisie Williams (“Game of Thrones”), Rhea Seehorn (“Better Call Saul”), Sophie Turner (“Game of Thrones”) and Susan Kelechi Watson (“This Is Us”). Even though this may seem like a done deal with “Game of Thrones” currently airing its final season, here’s why I’m actually giving Garner the edge in this race for her turn on Netflix’s “Ozark.”

1. Industry support
Overall, “Ozark” has thoroughly been embraced by the industry, bagging 14 guild nominations for its second season, four of which were Screen Actors Guild Award nominationss. Garner surprised everyone when she was nominated alongside her co-star Laura Linney in the SAG drama actress category, which combines lead and supporting performances. In fact, she was not only the lone supporting performer nominated but also made the cut over freshly crowned Emmy winner Newton, Keri Russell for the final season of “The Americans” and Julia Roberts for “Homecoming.” And while it’s not the industry, Garner also received two Critics’ Choice Award bids, one for “Ozark” and the other in Best Movie/Mini Supporting Actress for her turn in the Bravo true-crime series “Dirty John.”

2. “Ozark” overperformed at last year’s Emmys
The show may have only produced five Emmy bids last year, but that is more than many were predicting. Not only did Jason Bateman make the cut in Best Drama Actor, but the show also netted two directing nominations, as well as ones in cinematography and production design. With most of last year’s competition not in contention this year, “Ozark” is poised to bag nominations across the board, including a Best Drama Series nom (currently in fifth place in our odds). If it ends up indeed with an uptick in nominations, then Garner could go along for the ride.

3. Vote-splitting
Yes, Williams may have just upped her chances after her startling turn in the third episode this season, “The Long Night,” but with three episodes left, both Headey and Turner could have material that reinforces their winning prospects. If by season’s and series’ end, there is no clear standout among the three, they may run the risk of splitting the vote. The overall support for “Ozark” and Garner’s precursor boost may put her in the perfect position should a “Game of Thrones” vote split occur.

4. She’s an absolute scene-stealer in “Ozark” (SPOILERS AHEAD)
Garner plays Ruth Langmore, a young woman who’s part of a local criminal family in the Ozarks. As the series has progressed, we’ve seen that below her tough, resilient surface, Ruth can actually be an incredibly vulnerable, insecure person. In the second season, she has to decide whether her loyalty lies with her controlling father or Marty Byrde (Bateman), while trying to become her cousin’s legal guardian after murdering his father. Garner elevates every scene she’s in, puts on an arguably perfect Southern accent, and displays an incredible dramatic range.

Even though episode submissions may not matter anymore, she’d have strong ones with “The Precious Blood of Jesus” (Episode 2), “Game Day” (Episode 5), “The Badger” (Episode 9), and “The Gold Coast” (Episode 10).