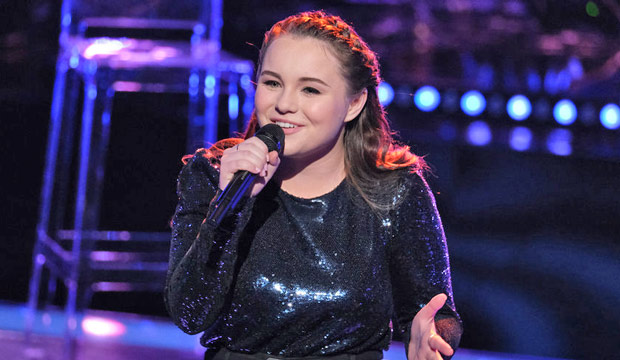 In our recent poll that asked “The Voice” fans to name which Team Blake Shelton artist they hope wins “The Voice” Season 17, Kat Hammock came out on top with 37% support. This 18-year-old artist from Encinitas, California impressed viewers with her haunting rendition of “God Only Knows” during Monday’s live playoffs, so it’ll be a shock if she doesn’t make next week’s Top 13.

Rounding out Team Blake, Ricky Duran came in second place in our poll results with 31%, followed by Gracee Shriver at 16%, Ricky Braddy at 10% and Cali Wilson at 6%. Do you agree with “The Voice” viewers that Kat deserves to join the winners list? Sound off down in the comments section.

SEE ‘The Voice’ power rankings: Team Blake Shelton all 5 artists from best to worst for Season 17

“I could not be more proud right now,” Blake declared following Kat’s live performance. “I’m telling you, I have known about this since the first time I heard her voice. America, if she does not get voted through tomorrow, you need your head examined. This right here is one of the most unique human beings I have ever worked with on this show.”

In his “The Voice” live blog, our recapper Denton Davidson had this to say about the performance: “As soon as she opens her mouth I feel like I’ve been transported into a whole other caliber of this competition. Her voice is striking! I was hoping her last performance wasn’t a fluke and she’s proving it wasn’t. There simply isn’t a more angelic, pure tone in this competition. It wasn’t completely perfect so there’s still room to improve, but it was darn close. She’ll sail through this round and she’s the first artist to get a standing ovation from all four coaches.”

Blake now hopes Kat can become his seventh champion following Jermaine Paul (Season 2), Cassadee Pope (Season 3), Danielle Bradbery (Season 4), Craig Wayne Boyd (Season 7), Sundance Head (Season 11) and Chloe Kohanski (Season 13). “Kat could be the deadliest artist in this competition,” noted her proud coach. “Her voice has got great pitch. It’s whispery, airy, but still has strength in it. I guarantee you: people are going to love her voice.”

Kat’s song list so far on “The Voice” has included “Vienna” in the blind auditions, “Take Me Home, Country Roads” in the battles, “Kiss Me” in the knockouts and “God Only Knows” in the playoffs.