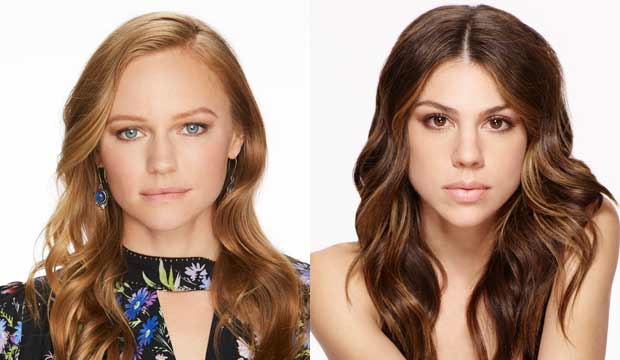 In the world of soaps it’s common for roles to be recast, so there are characters who have earned Daytime Emmy nominations and wins for multiple actors. But there’s an unusual situation taking shape at this year’s awards: there could be two actors nominated for the same role in the same year. Marci Miller and Kate Mansi are both pre-nominated for playing Abigail Deveraux on “Days of Our Lives.” And since they’re in different categories, both of them could even win.

The role of Abby had been played by several actresses at various ages before Mansi assumed the role in 2011. She stayed on the show until 2016, and for her last year on the air, during which her character was terrorized by a serial killer, the academy gave her a farewell hug by awarding her Best Supporting Actress.

Then Miller took over the role, and right out of the gate she earned an Emmy nomination for Best Actress in 2018, though she lost to Eileen Davidson (“The Young and the Restless”). But then Miller suddenly decided to leave the show too. She exited in November, and Mansi picked up where she left off.

In 2018 Abigail was in the midst of a multiple-personalities storyline, so Mansi hit the ground running; her very first scenes were in a mental institution. But since Miller spent most of the year in the role she’s pre-nominated again for Best Actress, while Mansi’s limited stint earned her a pre-nom for Best Guest Performer, where she benefits from a new rule allowing previously established characters to compete in the category.

SEEDaytime Emmys pre-nominations 2019: ‘The Young and the Restless’ is the top drama with 21, ‘Giants’ leads top digital dramas

So now both Miller and Mansi benefit from playing multiple personalities. Dual roles have long been a successful Emmy strategy, resulting in wins over the years for actors like Erika Slezak (multiple personalities on “One Life to Live”), David Canary (twins on “All My Children”), and Anthony Geary (evil doppelganger on “General Hospital”).

According to the early predictions of Gold Derby users, Miller’s performance will pay off with another Best Actress nomination: she ranks third with 5/1 odds. Meanwhile, Mansi is the front-runner to win Best Guest Performer with leading odds of 18/5. Do you agree with our odds, or might we see double Abbys on the Emmys stage this year?