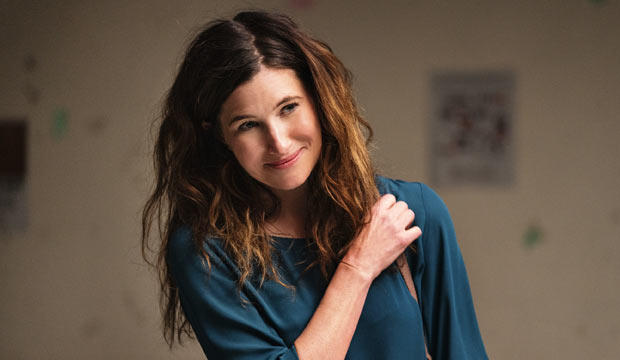 HBO’s limited series “Mrs. Fletcher” premiered on October 27, telling the story of the title character (Kathryn Hahn), who discovers herself after her teenage son goes to college. Hahn currently ranks among our top 10 Golden Globe contenders for Best TV Movie/Limited Actress according to the combined predictions of more than 1,500 Gold Derby users, but I think we’re underestimating her for a slot in that top five.

The reviews for “Mrs. Fletcher” were positive overall, but the strongest praise was reserved for Hahn, whose performance has been described as “perfect,” “fetching and magnetic,” “splendidly textured” and “glorious.” She has yet to be nominated for a Globe, but that may be because she has made a name for herself largely as a comedic character actress who hasn’t gotten as many opportunities to take center stage. Having gradually raised her profile over the years — including a 2017 Emmy nomination for “Transparent” — she may be considered due for a Globes breakthrough.

Hahn also has the advantage of her series airing right now. The Hollywood Foreign Press Association that decides the Golden Globes often likes to honor new programs and performances before other major awards groups get a hold of them. And of course it always helps to be fresher in voters’ minds when they’re marking their ballots. Last year’s winner Arquette was also a latecomer who may have been helped by the fact that “Dannemora” premiered that November. Last year’s surprise nominee Connie Britton (“Dirty John”) also had a November premiere.

As of this writing the front-runner to win the Golden Globe is reigning Emmy champ Michelle Williams (“Fosse/Verdon”), and it is true that the Globes often like to rubber-stamp the movie/limited series Emmy champs, but not always. Only 5 of the last 10 Globe winners in this category also won Emmys for those roles. So I think the door is not only open for a Hahn nomination, but also a win.