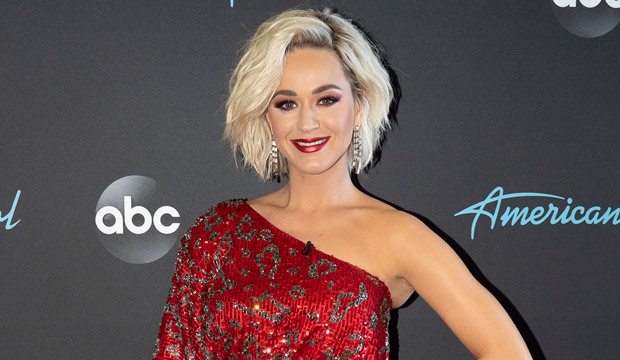 “American Idol” judge Katy Perry just posted a video to her Twitter account begging fans to vote for their favorite singers of Season 17. “If you think that your favorites are safe — don’t,” she declared before referencing a biblical verse from the book of James: “You have to act. Faith without works is dead, honey!” Katy then held her fingers up in the shape of a “V” and mouthed the words, “Vote, vote, vote, vote, vote.”

In this behind-the-scenes video from Sunday’s Top 14 episode (watch below), Katy is joined by fellow “American Idol” superstars Lionel Richie and Luke Bryan at the judges’ table. Lionel proclaimed, “Hey America, it’s your turn to vote, okay?” while Luke chimed in, “”If you think somebody is gonna win this by a landslide, it will surprise you. Go and vote and send them through.” Click here for all the details on how to vote this season.

According to Gold Derby’s exclusive racetrack odds, the four singers most in danger of being eliminated just prior to making it into the Top 10 are 19-year-old Evelyn Cormier from Claremont, New Hampshire, 25-year-old Eddie Island from Nashville, Tennessee, 16-year-old Alyssa Raghu from Orlando, Florida and 16-year-old Riley Thompson from Mabank, Texas. Do you agree or disagree with those predictions? There’s still time to make or update your picks before Monday’s results episode.

You think your favs are safe, think again. ☝🏻@AmericanIdol pic.twitter.com/xF53nLvGwj