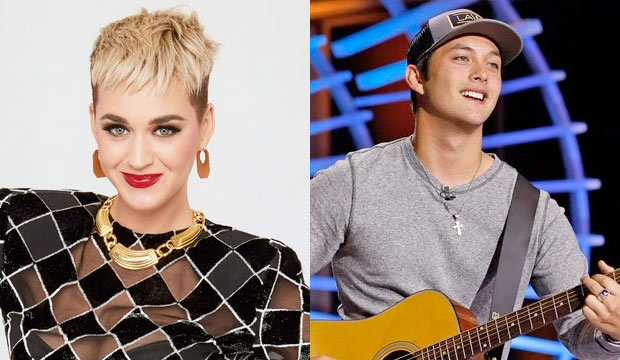 “I think you’ve figured this chess game out,” Katy Perry told “American Idol’s” country heartthrob Laine Hardy during Sunday’s live Top 6 episode. After weeks of Laine performing so-called “safe” songs that he knew would get himself votes, including his Woodstock cover of “I Don’t Need No Doctor,” Katy said he needs to start going above and beyond. “I think now is the time to scare yourself. I think you’ve got it locked in, dialed in. Now push yourself a little bit more past that point you don’t think you can go. Literally push yourself into the stardom category.” Do you think Laine has the potential to win Season 17 of “American Idol”? Sound off down in the comments section.

When host Ryan Seacrest asked Laine what he thought Katy’s critique meant, the 18-year-old Livingston, Louisiana resident ultimately replied that he has to “do something I never did and push myself out of my comfort zone.”

SEE‘American Idol’ Top 6: How to vote on May 5 for your favorite artist of Season 17

Should Laine end up earning the confetti shower in the finale, he’d be the third “American Idol” winner to claim victory after being eliminated in a prior season. The other two were Season 12 champ Candice Glover and Season 13 winner Caleb Johnson. Laine first appeared last season but he was eliminated prior to the live shows.

In his “American Idol” live blog, our recapper John Benutty had this to say about Laine’s performance: “The vocal delivery was on point, but his energy felt low, as if he wasn’t putting everything into it. Luke thought it was another correct song choice for his voice and Lionel took that one step further by saying that Laine has found his identity as an artist. Katy detracted from the guys a bit by telling him that he’s ready to push himself instead of staying in the comfortable lane.”